Churches are workplaces too

A dialogue about all things HR relating to Christian Charities, led by Christian Malleck, Head of Human Resources, CCCC. 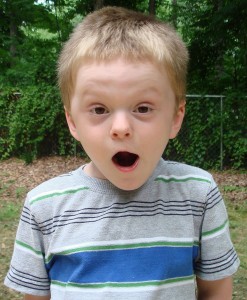 This summer, CCCC received a visit from a Ministry of Labour occupational health and safety inspector.  Of course this wasn’t a scheduled visit.  That’s the whole point.  They want to see what things are really like when you haven’t had a chance to prepare for an inspection.

I had only been in the office for about ten minutes when I was told that someone from the Ministry of Labour was seated in the waiting area and had asked to meet with me.  Although I have been in the HR field for a number of years, this was the first time I had ever personally experienced a workplace inspection.  I couldn’t believe it.  CCCC has less than 20 employees. What are the chances that the Ministry of Labour would want to conduct a visit of our workplace? And yet here they were. Surprise!

For the majority of Canadian employers, health and safety legislation is a provincial jurisdiction, and the provinces have given occupational health and safety inspectors some pretty broad sweeping powers. In Ontario, inspectors can issue on-the-spot tickets of $200 or $300 for a wide range of less serious violations under the Occupational Health & Safety Act (OHSA) and Regulations.  According to a recent Carswell publication, there were 780 convictions and fines of more than $9 million under the OHSA in 2013-2014.

After introducing myself and inviting the inspector to my office, I quickly realized I wouldn’t be leading this meeting.  A check list was produced, and I was asked a number of questions including:

Being relatively new to CCCC, I decided to ask our health and safety worker representative to join the meeting.  Between the two of us we were able to produce the required documentation and answer the inspector’s questions. The tone of the meeting became a bit more relaxed once it became evident that CCCC had met its obligations with regards to having the proper policies in place and ensuring that staff received the proper training.

As we began our tour of the building, nothing escaped the notice of the inspector.  A water stained ceiling tile from a leak that had long since been fixed was pointed out, and tags on our fire extinguishers were all checked.  Our building was thoroughly inspected from end to end.

Churches are workplaces too

It was during this time that the inspector told us about a church custodian who had fallen from a ladder while working alone in a gymnasium.  The custodian had broken a leg during the fall, which is considered a critical injury in Ontario, and has specific reporting requirements.

After a period of time had passed, a couple of ladies that had come into the church to use the kitchen found the man, and were thankfully able to obtain help.  When asked what is one thing from a Health and Safety perspective that CCCC should share with its members, the inspector answered, churches are workplaces too.

The inspector provided us with a written report, which was to be posted somewhere visible in the workplace where staff members would be sure to see it.  We were quite pleased that not only were no orders to be issued, but that the inspector commended CCCC for its commitment to Health and Safety, and asked us to share this with our staff members as well.

The takeaway for charities

If you aren’t familiar with the health and safety legislation in your province, a good starting point would be visiting the following webpage: Canadian Government Departments Responsible for Occupational Health and Safety.

Ideally, health and safety should be a part of every charity’s workplace culture, with senior leaders and charity directors modelling a commitment to safety in the workplace.  Although no one goes to work expecting to get injured, The Canadian Centre for Occupational Health and Safety reported 902 work related deaths in 2013, which is an average of 2.47 work related deaths per day.

Health and safety in the workplace is a journey of continuous improvement, and one that carries with it specific obligations for employers, managers and workers.  In Ontario, individuals convicted of an OHSA contravention, or failure to comply with an order, can be fined up to $25,000, and/or be imprisoned for up to 12 months.  Corporations convicted of an offence can be fined up to $500,000.

I would encourage you to take the time to review your charity’s health and safety policies and practices to ensure that you and your staff are working safely.  Not only will you help your charity to avoid costly fines, you may just prevent an accident from occurring in your workplace.

Thoughts on Churches are workplaces too