What matters more: personal conviction, or the praise of others? From my latest op-ed, Defining Moments: 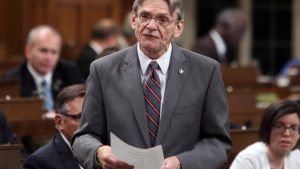 There are defining moments in everyone’s life. Often, those turning points are intensely personal and private. Sometimes, however, we are privileged to witness the uncompromising conviction of individuals who boldly take a public stand to defend what’s right. On March 19, 2018, the Parliamentary vote on the Canada Summer Jobs issue marked one of those rare instances. We saw men and women literally rise to the occasion when everyone else in their circle sat down.

Only now is the Government of Canada beginning to understand the absolute failure of their ill-conceived attestation requirement. Without regard for the rights and freedoms of Canadian citizens, they sought to force all applicants for a Canada Summer Jobs grant to agree with the government’s  ideology on abortion, yet-undefined “Charter values,” and “other rights.” Anyone who disagreed, even in part, was denied funding. … While the government claimed to be protecting diversity, equality, and opportunity for student employment, their policy actually discriminated against any applicant who did not hold the same opinion as the government, and thereby shut out over 1500 charities from hiring summer students.

On March 19, the choice was clear: support or suppress freedom of expression.

Read my full op-ed on the March 19 vote here, in The Weekender.