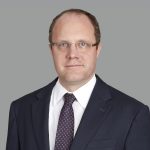 Robert Hayhoe is a charity law partner with Miller Thomson LLP in Toronto, advising and representing charities and not-for- profit organizations on a national and international basis. He is recognized by Lexpert and Best Lawyers as a leading Canadian Charity and Not-for- Profit law practitioner. Robert is the co-author of Charities Taxation, Policy and Practise and a frequent presenter.

Noteworthy is provided for general information purposes and does not constitute legal or professional advice. Every organization’s circumstances are unique. Before acting on the basis of information contained in this blog, readers should consult with a qualified lawyer for advice specific to their situation.