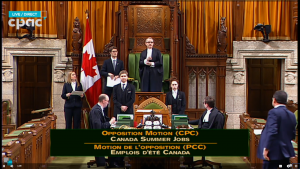 The Opposition Conservatives surprised many today by using their Opposition Motion in the House of Commons to address the Canada Summer Jobs issue. The federal government has struggled to keep this controversy under wraps. But the story will not die. There is too much at stake, as I explained in several pieces over the last few months in the Canadian Lawyer Magazine, the Winnipeg Free Press, and the ipolitics.ca website. 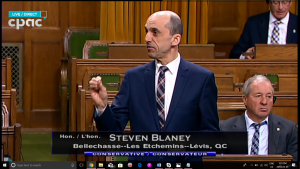 You will remember that just before Christmas the federal government announced that it will no longer grant Canada Summer Jobs (CSJ) funding to employers unless they attest that they are in favour of government ideology on social policy. The attestation says:

both the job and my organization’s core mandate respect individual human rights in Canada, including the values underlying the Canadian Charter of Rights and Freedoms as well as other rights. These include reproductive rights and the right to be free from discrimination on the basis of sex, religion, race, national or ethnic origin, colour, mental or physical disability, sexual orientation or gender identity or expression. 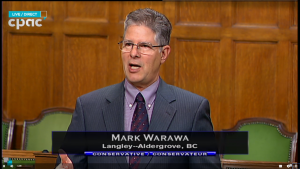 Many Christian charities have decided that they cannot attest to this statement as it is worded for a number of reasons. First, it is vaguely written, being open to a number of interpretations; second, it appears to suggest that charities are responsible for applying the Charter in their workplace as if they were government actors, which they are not; third, it introduces a new values test for government support. No one should ever have to agree with government opinions in order to access government programming. 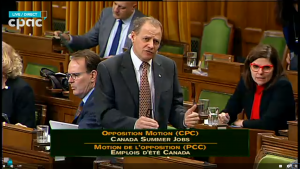 Not only religious groups have voiced their opposition; many across the political and social spectrum also recognize the problem. As Paula Simons, of the Edmonton Journal noted on January 17, 2018:

“I’m a pro-choice feminist. But I find myself deeply disturbed by a new federal rule that says any small business or not-for-profit group applying for a Canada Summer Jobs grant must first “attest” to their support for legal access to abortion. Where does that leave groups like Catholic Social Services or the Mennonite Centre for Newcomers or other faith-based social service agencies that do vital work in our communities? And where does that leave respect for the Charter itself? I support a woman’s right to control her body. But I also support freedom of conscience, of religion, of thought.”

The government sought to alleviate opposition by issuing “Supplementary Information”. However, this did not satisfy the criticism because their definitions only created further confusion while keeping the attestation in place. 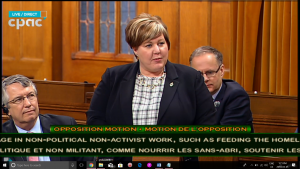 The motion before the House of Commons today, which will be voted on March 19, states as follows:

That, in the opinion of the House, organizations that engage in non-political non-activist work, such as feeding the homeless, helping refugees, and giving kids an opportunity to go to camp, should be able to access Canada Summer Jobs funding regardless of their private convictions and regardless of whether or not they choose to sign the application attestation.

During today’s debate the government continued to insist that they are not seeking compliance with beliefs, but rather activities. They argue they are concerned with the actions of those organizations such as the Canadian Centre for Bio-ethical Reform that display pictures of aborted fetuses and distribute anti-abortion literature door-to-door. 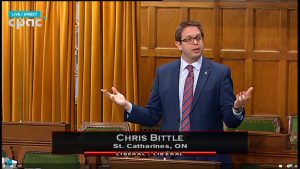 The government fails to recognize that regardless of how the government has reinterpreted the attestation, religious communities still maintain that they cannot and will not “check the box.” They cannot separate their beliefs from their activities. In essence, the government is saying, “Trust us and tick the box. We will not discriminate against you if you are not doing what the CCBR are doing.” That is precisely the problem. The failure to remove the attestation has meant a loss of trust for many who oppose. 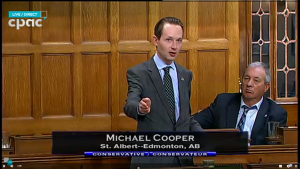 Michael Cooper pointed out that while the Prime Minister talks “diversity, inclusivity, tolerance — actions speak louder than words. Actions are different than their words. They have no regard for fundamental freedoms.” He called on the government to “Do the right thing and withdraw this bigoted test.”

Ted Falk pointed out that “Political leaders need to make peace with diversity.” That includes the religious community which may not have the same view as the government. 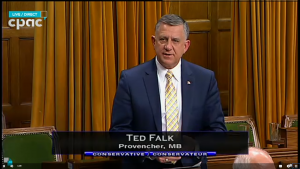 Mona Fortier countered that, from the government’s perspective, “Taxpayer’s money should not be used by organizations that would undermine rights of women to make their own choices.” She noted “We extended the deadline by one week. Under represented young people — indigenous, immigrants, minority languages, LGBTQ2 — all have the right to be included.” 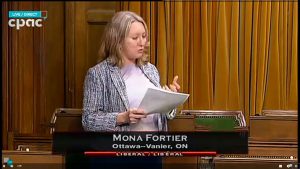 Similarly, Brian May claimed “There is a lot of misinformation on the CSJ, but there are strong supporters of the attestation.” He explained, “CSJ requires the job and organization respect the Charter of Rights and Freedoms. Our duty is to preserve our values and values underlying the Charter.” 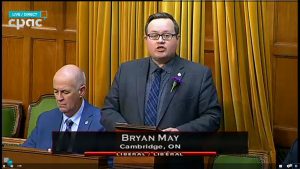 Identifying the central issue at stake, Harold Albrecht argued, “No one has the right to prevent others to practice their beliefs, especially the government. Think about the loss to our community because groups could not sign the attestation.” 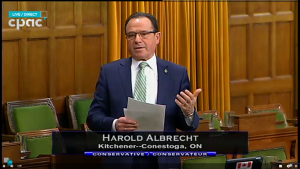 Kevin Sorenson asked, “With all due respect, what’s next? Now it is about #CanadaSummerJobs. If we do not line up with the government, what’s next?” 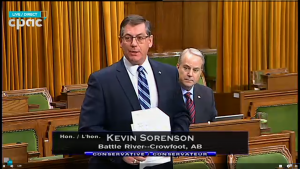 That line of questioning was taken up by Lisa Raitt who suggested what could be next. She noted that the CRA’s application for registered charitable status is quite extensive. A charity’s application to be registered already entails screening of purposes and activities to ensure that they are not contrary to Canadian public policy. She then queried if the CRA already does such a review, why this attestation? In her view, the attestation requirement is about changing the Canadian public policy so that eventually the government will force registered charities go through a similar test. 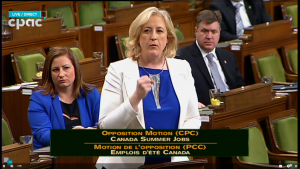 When I posted Raitt’s comments on my Twitter account I was interested to see that one pro-choice advocate confirmed that, indeed, Raitt is on the right track. 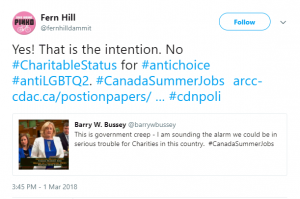 They also provided a link to the Abortion Rights Coalition of Canada’s policy paper wherein they call for the removal of registered charitable status of charities that do not support abortion.  As the paper points out:

Almost all anti-abortion groups are religiously-based and motivated, because the anti-choice viewpoint is fundamentally a religious doctrine. Some counselling groups proselytize openly (often to unsuspecting and vulnerable clients), even though they obtained their charitable status on claims of being “educational” or engaged in “research” or “family/crisis counselling.” In fact, most Canadian anti-abortion counselling centres with charitable status are explicitly Christian.

Given the fact that the federal government is highly attuned to the demands of the pro-abortion community, this latest call for the removal of registered charitable status for religious communities that have an “anti-abortion” position has got to be taken seriously. This forms part of the reasoning which compels CCCC and other religious groups to push back against the CSJ attestation requirement. In short, the attestation is but the thin edge of the wedge. 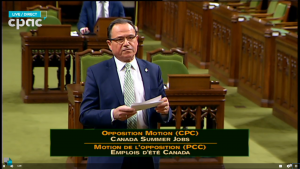 On March 19 the House of Commons will continue this debate and a vote will be called. In the meantime, there is much work to be done. You can contact your local Member of Parliament requesting that he or she vote in favor of this motion, because through this motion the country has an opportunity to let its voice be heard. The result will directly impact the lives of students and public benefit programs that charities, non-profits and small businesses have been unable to carry out thanks to the attestation requirement. To find out who your Member of Parliament is and how to contact them go to http://www.ourcommons.ca/parliamentarians/en/constituencies/FindMP