Call to Prayer: A Thank-You and An Update

In November 2017, the Evangelical Evangelical Fellowship of Canada, the Canadian Council of Christian Charities, and Christian Legal Fellowship published a call to pray for the successful resolution of the Trinity Western University (TWU) case and for the future of religious freedom in Canada.

The response was overwhelming, and people across Canada prayed and fasted, asking that God’s will be done.

Watch the video below for a thank-you and update from these leaders.

Derek: We want to thank you for your incredible response to the call to prayer in support of religious freedom and Trinity Western University that was issued last fall by the Evangelical Fellowship of Canada, the Canadian Council of Christian Charities, and Christian Legal Fellowship.

As you know, the issues at stake are far broader than just a law school at a Christian university.
The response to the call to prayer was amazing. We believe there were literally hundreds of thousands of Canadians who answered the call and prayed. John, could you share a bit about how God responded to our prayers?

John: Sure, Derek. The Trinity Western case was heard at the Supreme Court of Canada at the end of November, and it was amazing to see God at work. I haven’t time for details, but several circumstances that at first seemed not good from our perspective actually resulted in a lot of good coming our way.

The planned public demonstration against Trinity Western never happened. The large number of interveners meant the case was heard over two days, and that gave the Christian lawyers advocating for TWU time to refine their presentations. With the prayer support and collaboration between lawyers, it was a real demonstration of the body of Christ at work!

Bruce, what should people be praying for now? 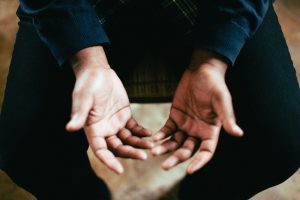 Bruce: Well, John, everything that we wanted to say to the justices has been said, and now the case is in their hands. We do not know when they will release their decision, but it may be released before June.

The nine Supreme Court judges are reviewing the issues, deciding their positions, and writing their opinions.

Please continue praying until the decision is released that their decision will have a positive impact in maintaining the right of religious communities to live their faith without hindrance or reprisal from government.

We pray that the justices will have wisdom to uphold Charter rights above ideological notions, and that the rule of law prevails against those forces that would remove space for religious communities seeking to pursue truth.

Finally, we pray for wisdom of the Christian community, no matter the outcome, to respond worthy of our calling.