Welcome To A Discussion On Law and Religion 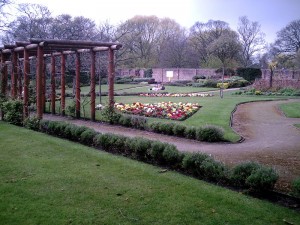 I liken the study of law and religion to an English garden with many paths leading to a number of “rooms” where one may sit down and stay awhile admiring the unique characteristics of the setting.  Each “room” allows for reflection on a specific characteristic of the law and religion dynamic.  For example, there is a “similarity room.”  This similarity room enlightens us to the historical ties between the religious forms – God, role of priest, liturgy, church sanctuary – and the legal forms – judge, role of lawyers, court etiquette, courtroom – that remain with us today.[1]  In a future blog I will discuss those in detail.

ROOMS OF THOUGHT ON LAW AND RELIGION

There are many of these “rooms” in the garden of which I speak.  There is a “history room,” “a theological room,” “a contemporary issues room,” “a political philosophy room,” on and on it goes.  As this discussion advances we can expect to find ourselves in these and other metaphorical rooms debating the wit and wisdom of sages, preachers, and scholars of today and yesterday.  For law and religion expands into every aspect of human life.  No matter how much we think we have entered a new room, so to speak, we will find that the room was already occupied and thought was given to its meaning for both law and religion and life on this planet. 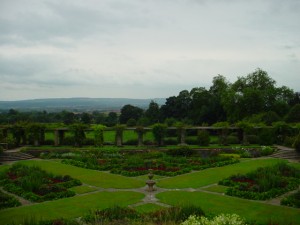 The centre of this garden where all the paths originate, sits a chair upon a flat gray stone centrepiece.  There sits humankind.  Men and women sit and reflect on what makes a human being flourish.  The history of human life on this planet is a history of ideas and reflections of those who have gone before us about what makes human life flourish.  Those ideas and reflections were manifested in their life and actions.  As they walked from room to room they took what ideas and impressions seemed right and true in establishing a happy life.  Each generation must reflect on what the previous one had to say about the meaning of life.  That is our grand quest – the only quest that will assist us in the present and how we understand that quest will be further reflected and lived in the lives of those who come after us.  “All the world’s a stage,” noted Shakespeare, “And all the men and women merely players: They have their exits and their entrances.”[2]  The philosophers, the political leaders, the religious teachers, and the poets entered the stage and spoke what seemed right and true.  Today we look back with derision at their backward approaches – the same may be said of us in time to come.  The realization of the frailness of our attempt to understand the grand themes of life, which is beyond us, will be our greatest strength.

Law and religion meet at the crossroads of the human conscience.  For millennia the dissonance of divided loyalties has impacted both.  In Robert Bolt’s play, “A Man For All Seasons,” we find an intriguing exchange between the main character Sir Thomas More and Cardinal Wolsey. 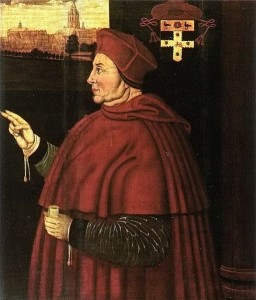 The Cardinal devised a plan to enable the English King Henry VIII to obtain a divorce – and solicited More’s help.  More was a religious man.  He believed that the only authority for the granting of divorce was from the Roman Catholic Church.  Since the Pope had refused Henry’s request More was not going to get involved in Henry’s attempt to legitimate his divorce.  More rebuffed the Cardinal because of conscience.  An infuriated Wolsey stated:

You’re a constant regret to me, Thomas.  If you could just see facts flat on, without that

horrible moral squint; with just a little common sense, you could have been a statesman. 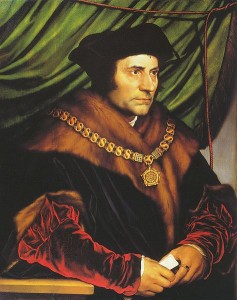 More was eventually beheaded for his refusal to violate his religious convictions.  The annals of Western history are replete with such dramatic examples – we think of the Protestant, Roman Catholic, and Jewish stories of people who defied the law because of their religious belief. 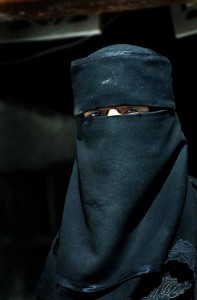 REMOVE THE NIQAB IN COURT?

The struggle between law and religion continues to this day.  Consider the recent case of N.S. who is a Muslim living in Canada.  She is a key witness in a sexual assault trial.  N.S. accuses two of her relatives of sexually abusing her as a young child.  She will only testify with her face covered by a niqab – a veil covering all of the face except for the eyes.  The accused men demand that N.S. remove the niqab so that they may cross examine her, otherwise, they claim, the trial will be unfair.  She maintains that to be forced to remove it will violate her religious freedom.[3]

DOES RELIGION MERIT SPECIAL PROTECTION IN THE LAW?

I find the study of law and religion captivating.  By joining me on a voyage of discovery traversing the intersection of law and religion in society perhaps you too will find it fascinating.  I am starting this journey by asking the question, “Does religion merit special protection of the law?”  Whatever our perspective of what ought to be the answer to that question the reality is the law does give religion special treatment.

The Charter[4] protects freedom of religion.  “[O]nly beliefs, convictions and practices rooted in religion, as opposed to those that are secular, socially based or conscientiously held” are protected under the Charter’s freedom of religion.[5]  Why?  What is it about that category of beliefs and practises falling under the rubric “religion” that justified differential treatment from the “non-religious” beliefs and practises?

Why, for example, should the law require workplace accommodation of holy day observance,[6] where a day off for religious practise is protected but a day off to attend a political rally would not be; also consider religious garb in school where wearing a ceremonial dagger or knife in accordance with religious belief is protected[7] but wearing a knife in school for other reasons would not be tolerated.

These are among the questions this blog will address as I investigate the rationale for extending specific rights-based protection to religion.

[2] William Shakespeare, As You Like It, Jaques in Act II Scene VII.