CCCC at the British Columbia Court of Appeal 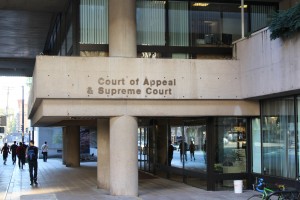 Barry W. Bussey, Director of Legal Affairs has just arrived in Vancouver to appear before the British Columbia Court of Appeal this week in the Trinity Western University case against the Law Society of British Columbia’s refusal to accredit TWU’s proposed School of Law.  Canadian Council of Christian Charities was granted intervener status due to CCCC’s concerns about the freedom of religion for religious organizations. 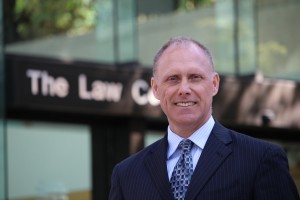 Despite TWU’s proposed law school being approved by the Federation of Law Societies of Canada, and the BC Minister of Advanced Education, the Law Society of British Columbia (LSBC) decided to reverse its earlier approval.  A referendum of BC lawyers called on the LSBC to reverse course.  The controversy arises from the TWU’s admissions requirement that students sign a “Community Covenant” which outlines the code of conduct expected of its students.  Among the list of behaviour requirements such as no alcohol consumption, honesty, and respect of others is the requirement that students abstain from sexual activity outside of marriage.  Marriage is defined as between one man and one woman.

TWU sought a review of the LSBC’s reversal in British Columbia Supreme Court.  The BC Supreme Court decided against the LSBC noting that it had “fettered its discretion” by accepting the referendum result without giving TWU procedural fairness as it sought to make its case.

Bussey will argue that central to a free and democratic society is the freedom of a religious community to operate its institutions in accordance with its faith without fear of hindrance or reprisal, much less actual hindrance, interference, and blatant restriction.  LSBC is attempting to force TWU to abandon the practical and constitutionally recognized practice of its faith traditions, of its Community Covenant, as a condition of equal participation and treatment in society.

TWU’s request for a law school serves as a test of the Canadian legal academy and the legal profession’s commitment to the core principles of multiculturalism permitting a range of views and practices concerning marriage.  In 2001 the Supreme Court of Canada reviewed TWU’s admissions requirements and decided in favour of TWU.  In that case the Supreme Court stated, “The diversity of Canadian society is partly reflected in the multiple religious organizations that mark the societal landscape and this diversity of views should be respected.”  For a complete copy of the CCCC factum click here.

The appeal will be held at the British Columbia Court of Appeal at 800 Hornby Street in Vancouver from Wednesday, June 1 through to Friday, June 3. The hearing will be presided over by Chief Justice Bauman and Justices Newbury, Groberman, Willcock, and Fenlon. The proceedings are open to members of the public.

Starting on Monday June 6 and continuing to June 8 the Ontario Court of Appeal will hear a similar case.  The Ontario Divisional Ruled against TWU in that province and TWU has appealed that decision.  CCCC was denied intervener status in Ontario.  However, CCCC was also granted status in Nova Scotia and argued at the Nova Scotia Court of Appeal in early April.  See the report on that hearing here.