MPs Vote To Amend “Crimes Against Religion” in Criminal Code 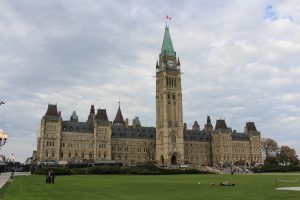 Members of Parliament on the Standing Committee on Justice and Human Rights not only voted to keep the “Crimes Against Religion” section (being section 176) of the Criminal Code but they decided to amend it.  This is a positive development.  The government felt that there was sufficient protection in other sections of the Code.  That is, as we have noted before, debatable.  Given that the section has been in the Code since the beginning and has been used as recently as June of this year the government’s position was not convincing to many.

Religious communities, their property and worship services, continue to come under attack by those who have a particular animus against religion.  The MPs on the Committee were right to keep s. 176. They also amended the language of s. 176 so that it is gender neutral and uses more inclusive language for all religious groups.  That makes sense.

The moral of this story is that religious groups have got to remain vigilant in protecting their interests.

We now await the bill to go through the final stages of the process: passing the 3rd reading in the House of Commons, going through the Senate and then getting Royal Assent.  We are still waiting to hear what the government’s response is to the Committee’s report.