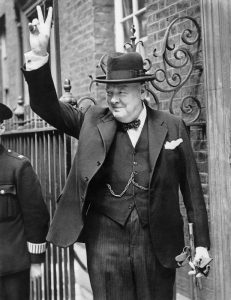 Winston Churchill’s tenacity in the face of opposition intrigues me.

As a leader in the fight against Hitler, Churchill made a speech in a radio broadcast held February 9, 1941. He needed more resources from the United States to carry on the fight for freedom, and while President Franklin D. Roosevelt supported Churchill to some extent, it was not enough. Churchill called on Roosevelt to do more:

“Put your confidence in us. Give us your faith and your blessing, and, under Providence, all will be well. We shall not fail or falter; we shall not weaken or tire. Neither the sudden shock of battle, nor the long-drawn trials of vigilance and exertion will wear us down. Give us the tools, and we will finish the job.”[1]

Give Us the Tools, and We Will Finish the Job

The resources you give through the Legal Defence Fund enable the legal work we do to ensure that Canada remains a hospitable environment in which Christian charities can carry on with their work. Here are a few tangible items completed during 2017 with your help and God’s grace: 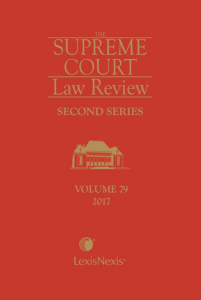 Trinity Western University v The Law Society of British Columbia: Court of Appeal for BC

Freedom For Faith – How Can Equality Trump Religion 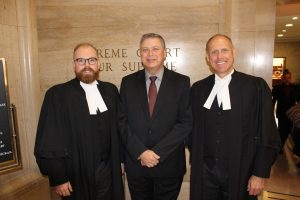 ‘The Wall case’ involves a former member of the Jehovah Witnesses who is seeking judicial review of a congregation’s decision to disfellowship him over his failure to follow church teaching. We are concerned about the prospect of courts interfering in matters and decisions of religious groups, including Christian charities. The hearing was held on November 2, 2017.  We expect the decision by June 2018.  Our oral argument is found here.

‘The TWU case’ involves those seeking to disallow graduates of the Christian university to practise law in Canada, given that they are required to agree that while they’re students, they will not to engage in sexual practices that would violate the definition of marriage as between one man and one woman.  Our oral argument is found here. 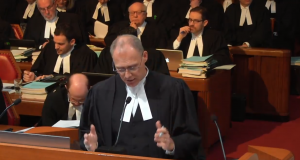 During the TWU hearing at the Supreme Court of Canada on December 1, the Canadian Bar Association (CBA) lawyer Susan Ursal was questioned by Justice Malcolm Rowe about the CBA’s position that the accreditation of TWU’s law school was a form of “public support” that should not be given to TWU.

“It’s not the case before us,” Ursel replied, deflecting.

“But is it not the logic of what you’re putting to us?” Justice Rowe pressed.

“It is the logic of what I am putting to you,” Ursel agreed. “There are limits to what the state should be called upon to support … you are right, we are at that threshold, and we can’t back away from it.”

We Need Your Support: The Time to Act Is Now

The Canadian Bar Association is not alone in its view about Christian charities and tax exempt status.  This is but one issue that we must address in the coming year.  We want to keep Canada open to Christian ministry. Christian charities provide much needed help to Canadian society – from running soup kitchens, providing shelter to those on the street, prison fellowship, food banks, you name it there are Christian charities helping those who cannot help themselves.  We must continue to engage with thought leaders and academics about the place of Christian charities in Canada. To do this effectively, we need your continued support.

To support the Legal Defence Fund please click here. Whatever you can do to assist us in maintaining a welcoming environment for Christian charities in Canada will be greatly appreciated and put to good use.

Please keep us in prayer.  I am reminded of the verse, “Walk in wisdom toward those who are outside, redeeming the time.  Let your speech always be with grace, seasoned with salt, that you may know how you ought to answer each one.”  (Col. 4:5)  Given the  misinformed, anti-religious, indeed anti-Christian, bias in our society it means vigilance is key to obtaining wisdom to address the questions of those who oppose us.  Your prayer support is invaluable.

Remember to stay informed on the latest developments and how you can help subscribe to our blog.

Thank you for your continued support of the Legal Defence Fund throughout 2018.

[1] “Give Us The Tools,” The International Churchill Society, accessed October 26, 2017, https://www.winstonchurchill.org/resources/speeches/1941-1945-war-leader/give-us-the-tools