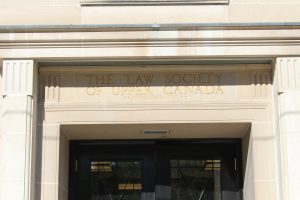 “If there is any fixed star in our constitutional constellation,” said Justice Robert Jackson, of the U.S. Supreme Court in 1943, “it is that no official, high or petty, can prescribe what shall be orthodox in politics, nationalism, religion, or other matters of opinion, or force citizens to confess by word or act their faith therein. If there are any circumstances which permit an exception, they do not now occur to us.”

No official can prescribe what shall be orthodox in matters of opinion or force citizens to confess by word or act their faith therein. That was just plain common sense in 1943. However, it seems to be anything but in the view of the newly contrived dictate of the Law Society of Ontario to all Ontario lawyers that we must follow the “star” of “Culture Shift”.

The Law Society is now requiring lawyers to create their own “Statement of Principles” they must follow to ensure their offices are diverse. “The intention of the statement of principles,” says the Society, “is to demonstrate a personal valuing of equality, diversity, and inclusion with respect to the employment of others, or in professional dealings with other licensees or any other person”. This is part of the Society’s plan to conscript lawyers and paralegals to accelerate a “Culture Shift” in its progressive agenda.

At first glance one might see this requirement as harmless. What could be better than lawyers committing to hire and deal with others based on mutual respect for equality and diversity? Who could be against these goals?  We all want a more inclusive, diverse society – one that ensures everyone is equal.  It all sounds great until you consider that behind that velvet glove is an iron fist.

The requirement to “demonstrate a personal valuing” of equality, diversity and inclusion is to compel lawyers to express that they adhere to and believe in the “values” dictated by the law society. There is no option to simply obey the dictate; one must “demonstrate a personal valuing” of those ideals. In other words, “everyone is a believer” whether you like it or not. The Society has said those who do not abide by its new regulation will face a letter of reprimand. What comes after that letter if there is still intransigence is unclear. 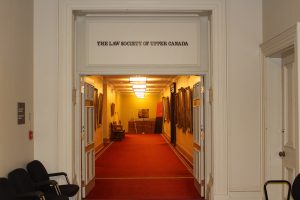 The genius of our Western Civilization is that every citizen is free. Free to believe or not to believe. It is one thing for the state to force compliance to a law that is deemed to be in the public interest. But, it is a very different matter for the state to demand that I, the citizen, believe in that law. The state is not God. My human rights are not determined by what I believe. That may have been the case for those living in Soviet Russia; or Hitler’s Germany; or now, in Kim’s North Korea; but not here. Our rights are guaranteed in the Charter – full stop – no belief is necessary.

It is with a great measure of relief that I can support law professor Ryan Alford’s application against the Law Society that was filed in Ontario’s Superior Court of Justice on November 6. Professor Alford teaches at the Bora Laskin Faculty of Law at Lakehead University. He requests that the court grant an immediate order preventing the Law Society from implementing its new policy until the court hears his case that the Statement of Principles requirement “is contrary to the rule of law.”

Professor Alford knows of what he speaks. His doctoral research was recently published by McGill-Queens University Press, in a work entitled, “Permanent State of Emergency: The Demise of the Rule of Law in the United States.” A legal scholar on the rule of law is desperately needed for this case.

It is a marvel that it would have to come to this. The Law Society’s intention was, without a doubt, altruistic. But it was misguided and not in keeping with our concept of freedom. Justice Jackson’s stunning rebuke of the West Virginia Board of Education’s requirement that students salute the flag in 1943 is prescient for what Ontario lawyers face today.

“Struggles to coerce uniformity of sentiment,” noted Justice Jackson, “in support of some end thought essential to their time and country have been waged by many good as well as by evil men. Nationalism is a relatively recent phenomenon but at other times and places the ends have been racial or territorial security, support of a dynasty or regime, and particular plans for saving souls. . . . As governmental pressure toward unity becomes greater, so strife becomes more bitter as to whose unity it shall be. . . . Ultimate futility of such attempts to compel coherence is the lesson of every such effort from the Roman drive to stamp out Christianity as a disturber of its pagan unity, the Inquisition, as a means to religious and dynastic unity, the Siberian exiles as a means to Russian unity, down to the fast failing efforts of our present totalitarian enemies. Those who begin coercive elimination of dissent soon find themselves exterminating dissenters. Compulsory unification of opinion achieves only the unanimity of the graveyard.”

Of course, there is no graveyard in sight for Ontario lawyers; that is ridiculous. However, that is where the elimination of dissent ultimately leads in the extreme. Human nature has not changed throughout the millennia. When we think we have the “truth,” we want to enforce it. Error has no rights; at least that is the view of the Law Society on the issue of enforcing the “Culture Shift”.