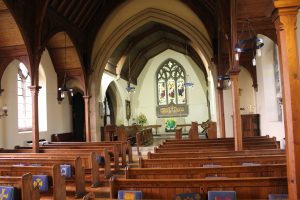 Excerpts of Barry’s Op-Ed in The Province:

The uproar over the Canada Summer Jobs program has exposed a government blind spot. Although it is very responsive to certain perspectives, Ottawa does not seem to recognize or understand the concerns of religious communities.

As if that were not enough, it now appears that the government is withholding a long-completed Canada Revenue Agency document that contains guidelines for charitable registration under the legal head “Advancement of Religion.”

Last fall, lawyer Mark Blumberg made an Access To Information Request for a copy of this document, and once received, published it on his charity law website. According to Blumberg, on or around July 21, 2016, a copy was given to National Revenue Minister Diane Lebouthillier. The CRA memo to the minister stated that the guidance was “in the final stage of the policy development process” and was “scheduled to be published on the CRA Charities and Giving website in September 2016.” That did not happen. Why?

That is a very important question. Is there something in the document to which the minister or the government objects? If so, what? Conversely, if the government has no problem with the guidance, why has it not been released?

In light of the Canada Summer Jobs controversy, I have taken another, more critical look at this unreleased guidance. I believe the government’s reluctance to publish the document illustrates their dismissive attitude toward religious communities.

Read the complete Op-Ed in The Province