The Right of Religious Hospitals to Refuse Physician-assisted Suicide

Here is the summary of my most recent article being published in the upcoming Supreme Court Law Review:

The Supreme Court of Canada’s decision to allow medical assistance in dying (MAiD) has created a crisis of conscience for religious hospitals that refuse MAiD based on religious beliefs and conscience. This paper argues that when the law is revised concerning fundamental human life issues (FHLI), such as assisted suicide, liberal democracies must tolerate religious communities and institutions that refuse to accept the law’s revision. This toleration for religious belief and practice is predicated on the idea that the religious practice at issue remains legal and forms part of the religious community’s moral framework to which the state remains neutral. 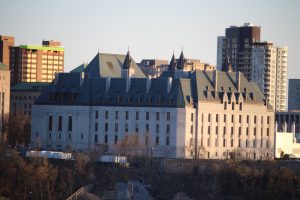 A refusal to tolerate the religious position is a rejection of the collective wisdom of liberal democratic thought that has emphasized religious individual and, by extension, religious institutional freedom. The Christian hospital, having been around for millennia, forms a necessary part of civil society.

Robert Putnam’s research on the importance of religion to civic society is used to make the argument that society as a whole benefits from the norm of reciprocity, (“I’ll do this for you now, with the expectation that you (or perhaps someone else) will return the favour”). As the state continues to allow the religious community to have “its” hospital, the community, as a whole, will continue to maintain a high level of trust toward the state.

Radical positions from our historical norms require thoughtful reflection of their presuppositions. It would serve us well to maintain a humble appreciation of our cultural heritage even when we think we are right in our newfound positions on FHLI.