Pearls of wisdom from HBS 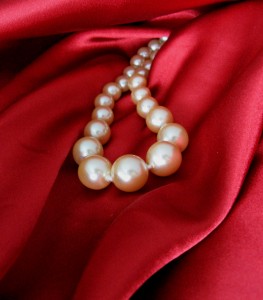 The Dean of Harvard Business School, Nitin Nohria, made a surprise visit today and spent an hour talking about the governance structures at Harvard University and his thoughts about leadership. Fascinating stuff, and I’ll include his pearls of wisdom below, along with some ideas from our classes today, but I’ve gotten ahead of myself because the day started with no classes scheduled at all, due to Hurricane Sandy.

How we got a class anyway

The University was closed today even though there are five different Executive Education courses in session this week. One of the professors for another class lives within walking distance and he came to breakfast and said that even though the faculty wanted to teach, it would be considered insubordination if they did.

However, one of the students in my course thought “We’re all here, so even if there is no professor, we should still meet and discuss the cases.” It ended up that a few admin staff were in, and they opened our classroom for us. Since no one is supposed to walk outside today, we were led through a labyrinth of underground tunnels and corridors between the buildings.

One of the students is a Harvard MBA grad and she is a professor somewhere, so she facilitated the discussion. We finished the first case and then the professor showed up. It turned out that the Executive Education faculty had persuaded the Dean to allow the five exed classes to proceed because all students are on campus. The host faculty (the ones leading each course) promised to bring overnight bags in case they got stuck here. All the safety issues were resolved, so permission was given to teach. The schedule was juggled and the day proceeded. Since many of the guest faculty who would do individual sessions through the day couldn’t make it in, the Dean (who lives on campus) volunteered to come and spend an hour in each of the five courses.

The topic today was strategic planning based on a theory of change model. Since I’ve covered that topic extensively on this blog I won’t repeat the lesson, but one interesting point was made. When it comes to measuring performance, if you measure to please your funders, you might miss measuring what really counts for mission success! Be sure that you measure first for mission success and then add any other measurements your donors want to see. This point came from a case in which the charity was responding to the interests of donors and opportunities that presented themselves, instead of finding donors to support their mission-critical initiatives.

Every once in a while you should conduct some research to determine if your mission is still valid. Over time, conditions change and the need you are addressing may no longer exist or may not be relevant. This came from a case about a private girls high school that was in a slow, seemingly inexorable death spiral into extinction. Recent research showed that girls learn differently from boys and that educational theory supported all-girl schools. That was the plus side. On the downside, it was no longer sufficient to be a finishing school in the 1990s. The school had to become more than that and add a significant science component to the girls’ education. Today they are thriving with an emphasis on science, music and sports.

The Dean has a group called the Board of Dean’s Advisors (BDA). This is an advisory group that meets once per year for two days. The combined wealth of the group would make it the tenth largest country in the world – this is one group of very powerful people. How the Dean uses this group is an example for how you could use an advisory group of your own. The Dean calls someone in the group (usually the Chair) and says, “Here’s the issue. Could you call five to ten people who you know would have something to say on this issue and find out what they think? Be sure to find people who are likely to disagree with my proposal.” The person may call people from the BDA, but could also call their friends. The Dean uses this technique to tap into the networks of these very influential people.

The Dean says one of the hardest conversations to have is with volunteers who don’t deliver. Once someone volunteers to do something, they have made a commitment. If they don’t or can’t do it, then they should step aside. He doesn’t want people who volunteer their name, he wants their volunteer service. He says they either deliver or they have to get out. He’s learned to be straight with people. If you pussy-foot around, it gets very awkward. He says “Don’t try to be clever” when you have these conversations. With board members, he says you should always have term limits and a mandatory one year off the board. After the break of a year, they might be invited back on the board, or they might not. His preferred way to talk with people who wonder why they haven’t been invited back (or who have let him down in any other volunteer capacity) is to say, “I’m sorry, but your ability to be committed to what we do isn’t enough.”

When he has to make a decision that could be divisive, he asks people on the other side, “What would you need to see to be supportive of this decision?” If they have nothing to suggest, his position is that there is no resolution to the opposition and they will just have to accept that a decision has been made that they don’t like. When people sulk because they don’t like a decision he’s made, that’s their problem – not his. He consulted them. He was open to adjusting his plans to suit them. They had nothing to offer. They need to accept the decision and move on.

The Dean prefers to talk one-on-one with people. “Having a group meet with you,” he says, “is like having no one speak to you.” In a group situation, you will never hear the breadth of thought that people have. Most will just let others speak and not say anything. To make the 120 members of his BDA feel like they are being heard, he holds a one-on-one meeting with each and every one once per year. They are not long meetings, but they give everyone a chance to speak their mind.

In true Harvard fashion, when the Dean wants to bring a topic to his BDA, he writes it up as a case study. This is a much better way of stimulating discussion than just bringing a fact scenario and recommendation. It makes for lively interaction and really engages the advisors. It is enjoyable and interesting.

Significance of the Board

The professor led a great discussion based on two very interesting questions:

This led to an interesting discussion based on the metaphor of a rowing team. How much rowing should the board do and how much steering should the board do? There is no single right answer to this. It depends on where the line is drawn between board and staff responsibilities. The point is, that whatever you  have agreed upon is actually happening. And whichever quadrant you are in (little or much rowing and steering), what are the costs? Are they acceptable? Can you mitigate them? I might do a post on this another time, because I find the Carver Policy Governance model adds some twists to this discussion. I was amazed that 95% of the class didn’t know much about policy governance. In fact, most had never heard of it. The professor had the basic idea of it, but didn’t know much about how it actually works. I thought it was more popular than that.

The storm has abated (it didn’t really amount to very much in Boston) and operations should be back to normal on Tuesday.