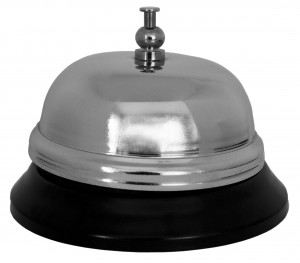 What does it mean to be a servant leader? Whom should leaders serve? What service do they provide? How does one serve and lead at the same time? Great questions that deserve discussion, so let’s get started!

Servant leadership is probably the most talked about leadership model of our generation. It’s a term coined by Robert Greenleaf, a man who said he was always informed by the Judeo-Christian ethic and who (at mid-life) became a Quaker. He felt, though, that servant leadership has universal application.1

Servant leadership is well-accepted in the corporate world where its benefits include closer contact with customers (because of decentralized decision-making), avoidance of greed-based behaviours (because the interests of all stakeholders are considered), and better innovation (due to its focus on empathy and listening that lead to greater open-mindedness).

But servant leadership particularly resonates with Christians leaders because of Jesus’ example and sayings:

Jesus as a model of servant leadership

Jesus’ most dramatic teaching of servant leadership occurs when he washes his disciples’ feet (John 13:1-17). If ministry leaders want to be servant leaders, should they act like domestic servants in imitation of Jesus? Should they serve coffee for the staff? At the end of the day, do servant leaders become valets, bringing cars to the door for their staff? No. A leader may do acts of service just as any person might do for another, but this is thoughtful kindness, not servant leadership. Jesus’ point was much bigger than this. We need to understand his teaching methodology to get it.

Jesus used hyperbole as a teaching tool. When he told people to pluck out their eyes and cut off their hands and feet (Mark 9:43-47), he didn’t mean that they should literally go and do so. He was reinforcing the point of how serious sin is: it is better to live eternally in heaven and suffer a disability in this temporary life than it is to go to hell forever in exchange for the short-lived pleasures of sin.

Furthermore, he didn’t promise to wash the disciples’ feet every time they entered a room. It was a single act of hyperbole to teach a lesson, contrasting the ways of God’s kingdom and human kingdoms. In God’s kingdom, rulers rule for the welfare of the people, not their own.

Thinking that having his feet washed by Jesus would actually accomplish something, Peter wanted to be completely bathed to get more of whatever benefit washing provided. By taking Jesus’ symbolic act literally, he missed the point. At least he had a good heart!

that we should not dream up what we can do for God, but ask God what he has already planned for us to do (Eph 2:10).2

Christian leaders must therefore be spiritually sensitive to receive God’s leading. If you’d like to learn more about attuning yourself to God, a great guide is Space for God: The Study and Practice of Spirituality and Prayer.

I also have a series “Hearing God Speak” which you can find on the right navigation bar under Series.

Christian service includes not only what we do, but also how we do it, so Christian leaders serve Christ by working on godly goals in godly ways.

Ministry leaders must dedicate their leadership to the organization’s mission, which is the ministry’s raison d’être. Leaders serve the mission by gathering people and resources to work together on it. They:

Boards are the guardians of their organization’s mission, values and risk tolerances. They may do more than that, but all boards have these three primary responsibilities:

Senior leaders serve their boards by following their directions and policies, and accomplishing their goals.

We, the people of God, exist because God wants us to be a light to the world through whom all peoples will be blessed, so ministry leaders serve their ministry’s beneficiaries first by understanding them and their circumstances, and then by working for their welfare.

Finally, leaders serve their organizations through excellent leadership by:

Leaders must always be thinking about what is best for the organization – for its viability, performance, and reputation.

Servant leadership is not just about doing, it is also about a way of thinking. It is about recognizing a higher authority than one’s self, and acknowledging that the goal of leadership is to benefit others. Here are some of the essential attitudes that support servant leadership.

Humility: Christian leaders realize they are serving in their leadership role not by right or by merit, but by the grace and call of God, which is jointly discerned by the leader and those who are in authority over the leader.

Gratitude: There is a healthy sense of wonder that comes with being appointed to a position of leadership, a wonder that keeps the focus on service and away from self. Leadership is never about the leader, but about the mission. When a leader makes it about the person, or allows others to make it about the person, the leader has strayed from true Christian leadership. Christian leaders serve with an attitude of gratitude (thanks to Zig Ziglar for coining such a memorable phrase!). They are thankful for the opportunity to serve and for the confidence that others have placed in them. Here’s a great post on having an attitude of gratitude that is well worth reading, especially if you are working on a Saturday (like I am right now!).

Sober self-assessment: Examining one’s own performance is a way of acknowledging accountability for service given to another. A leader might assess:

Exaltation: Rather than drawing attention to themselves, Christian leaders exalt Jesus by pointing to him and giving him the glory for the work of the ministry

There are some great biblical metaphors (other than servant) that leaders would do well to reflect on. Each conveys an aspect of servant leadership. I’ll let you have the fun of exploring these on your own. They include:

Leaders are supposed to get results, and some leaders may worry that servant leadership will jeopardize their ability to do that. Not to worry. Servant leadership is leadership for the benefit of others, not a specific leadership process. For example, Jesus, James, and Paul were all servant leaders, and yet each used a different decision-making process.

Whichever way leaders choose to lead, if they do it in a godly way for the welfare of others, they can be servant leaders. Now it must be said that normally leaders will want to include as many people as possible in their leadership deliberations because it is so beneficial for everyone. It:

Consulting with team members does not preclude giving them instructions. Consulting and directing are complementary activities. 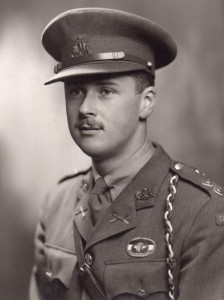 The best example I can give of consultation followed by direction is the leadership process used by the Devil’s Brigade. This was an elite joint Canadian-American World War Two commando force in which my uncle, Graham Neilson, was a 1st Lieutenant. (He served in the 2nd Battalion, 3rd Regiment of the First Special Service Force, the official name of “The Devil’s Brigade.”)

When a mission was being planned, everyone contributed to the planning. The best ideas, no matter whose they were, floated to the top and a consensus was reached. But once the plan was put into action, the highly disciplined team instantly followed every command from the leaders.

Servant leaders find great joy working towards something much bigger than themselves. They are passionate about using their gifts and capabilities for the benefit of the world around them, and they draw others to that same mission, creating an organization in which all staff who are similarly motivated can find fulfillment.

Thoughts on Servant leaders: Whom do they serve?