How one ministry is telling a story 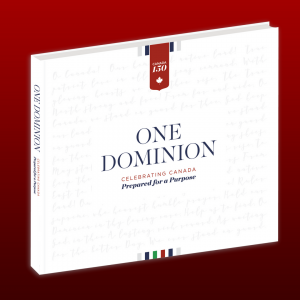 I’ve been recommending for years now that ministries should be telling their stories. Some ministries are pretty good at telling stories to their supporters, but they could be telling some of their stories to the public too. Not only does public storytelling promote a particular ministry, but it also increases awareness of the value of the Christian ministry sector to the public. When people wonder what good Christian charities produce, your stories are powerful answers that not only support our public benefit (and therefore our charitable status), but make our faith more attractive to potential believers as well!

I just came across a publication of the Bible League of Canada (a CCCC Certified Member) called One Dominion, which tells the story of how the Word of God shaped the Canada we live in today. I’m bringing the book to your attention as an inspiring example of how a story for the public might be told.

Here’s why I think the Bible League’s way of telling this story is effective:

The story’s point is that Canada was shaped by Christians for a purpose, and Christians today should still do what they can to support that purpose.

Although the book’s distribution isn’t all that wide (primarily sold from the Bible League’s website and a few Christian bookstores), it presents our faith well to those who do not yet believe, and who may even question what good Christianity has done for Canada. It presents Christian faith in a way that others can appreciate what it accomplished, and perhaps might even give it some consideration for themselves.

My only suggestions for improvement, if there is a second edition, are:

Thanks to the Bible League for their investment in such a worthy project! It is a well-crafted book that all Canadian Christians can be proud of. Through this project, the Bible League of Canada is inspiring other ministries to creatively tell their stories in the public realm. Well done!

“The book has been provided courtesy of Graf-Martin Communications, Inc.”