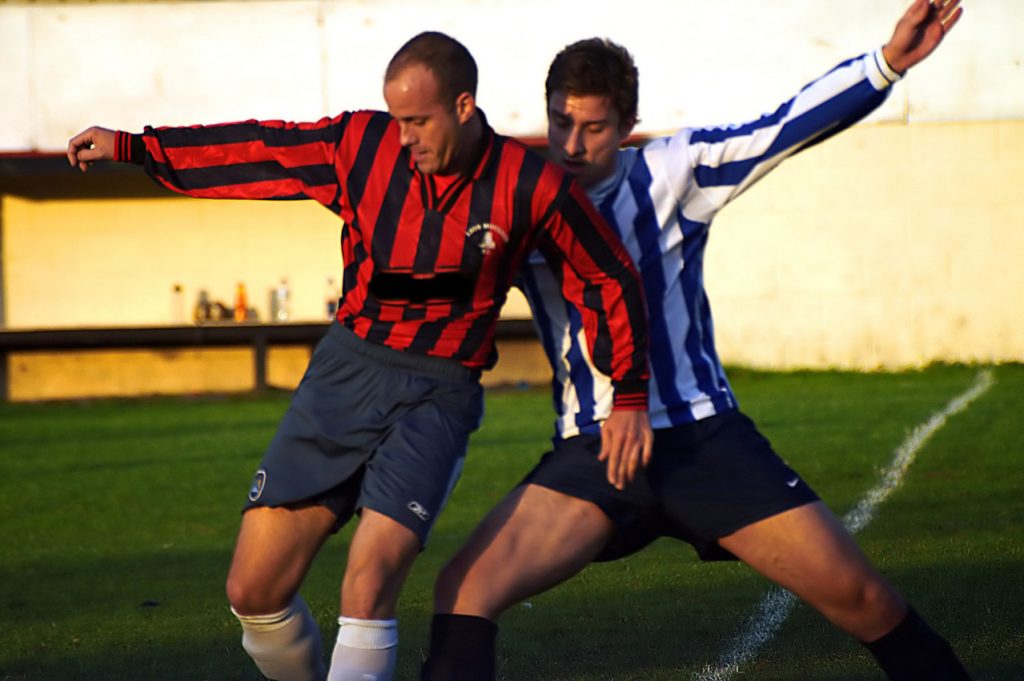 Should Christian ministries compete with each other?

Someone (I’ll call him Paul) showed me a graph on Canadian Food for the Hungry International’s (FH) website that showed the percentage of donations that go into poverty-relief programs, not only for FH but also for ministries that donors might see as its ‘competitors.’ Given that FH had the ‘best’ ratio, Paul interpreted this graph as a bid to attract donors away from the other charities, and he had already said in in a post (that no longer exists) that this was bad behaviour between Christian ministries.

I wanted to blog about this, so I called Ben Hoogendoorn, president of FH, to find out what was going on. We had a very productive conversation, but I don’t want to speak for Ben and FH.  That’s not my place. What I can say for me is that I was impressed that Ben was in the midst of talking to the leaders of all the charities that were named.

When a real or potential conflict arises, a Christian should confront the issue and deal with it humbly, in love and with grace, in order to bring about reconciliation and peace. This is what he and the other leaders are doing. I think this is a marvelous demonstration of selflessness: giving relationships priority over any possible personal advantage.

And I think it speaks volumes that FH quickly changed its website so that it now shows the percentage for just FH alone. Also, FH realizes that the real issue is trustworthiness and integrity, so it mentions that FH is a Certified member of CCCC (it is a member in good standing that has earned our Seal of Accountability). FH also lists four commitments the ministry has made to its donors. Bravo! Integrity is not about just a single number, but about a way of being, and these four commitments are worthy of support.

But this whole episode has a redeeming aspect to it. Getting away from FH in particular, I want to move to the general topic and build on comments Paul wrote in his post:

“I’m sure it will create some good conversations and competition (which I think is a good thing) around how much of a charity’s funds should be directed towards programming…If FH Canada really want to get us talking, why don’t they take the lead with the other charities they mention and create a dashboard for international development charities so that each can evaluate themselves on the same basis, and communicate to the public in a transparent way? “

Back about 2005, I recognized that although CCCC has no single competitor doing everything that we do, everything we do has someone else doing it to some degree. Even though CCCC makes an important contribution to the church due to its uniquely comprehensive and affordable package of services, competition is just as much a threat for us as it is for any of the inner city missions, relief agencies, seminaries, evangelism ministries and, dare I say it, churches that exist in proximity to each other. My natural response to competition is to do a competitive analysis and then strategize how to ensure a triumph over the competition, but in 2005 I gave the issue sober second thought from a biblical-theological perspective and came up with a position paper on competition that still guides me today.

I suspect that a strong factor contributing to a competitive stance is a belief that God’s provision is limited. It is a theology of scarcity in which God has provided a set amount of resources (one pie to share) so that if another agency gets a donation, it makes one less donation for you.

The alternate stance, which I believe is the biblically-correct stance, is that God will provide as much as is needed and will expand his provision (he’ll bake another pie) to support the full range of activity undertaken by his people in response to his call. This is what it means when the Bible says that we were created in Jesus Christ to do good works, which God has already prepared for us to do (Eph 2:10), and that God will provide us with an abundance, beyond what we can ask or think, for every good deed (2 Cor 9:8 and Eph 3:20). When God calls, God provides.

We also need to recognize that our ministries are part of Christ’s one church, all serving the same God to accomplish the same mission in a myriad of ways. To compete against another Christian ministry is to harm the unity of the one body of Christ.

So my suggestion/challenge for ministry leaders is to come up with your own position paper on competition. You probably think you already know what you will write, so why bother? Well, unintended things happen when we assume we know what we think and don’t crystallize it. Vague or fuzzy intentions leave lots of room for unwittingly wandering into territory you otherwise would avoid. Writing out your position on competition makes it explicit, ensuring you will more likely abide by it.

Where I end up on competition is that I will focus on my ministry’s mission and pursue it as best I can. To the extent that I feel competition at all, I choose to use it to stimulate ever more excellence and creativity at CCCC to better accomplish our mission. I figure God has called my fellow believers to their ministries just as he has called me and my teammates to ours. Christ will look after his own ministries, so what have I to worry about? As long as I’m preoccupied with our mission, and not our so-called competition, God will continue to support CCCC. I consider competition to be a means that we use to spur one another on toward love and good deeds (Heb 10:24). That sort of competition is good and healthy. Competition to win at the expense of another ministry is not.

As iron sharpens iron, so one man sharpens another.
Proverbs 27:17

Thoughts on Competing for donors