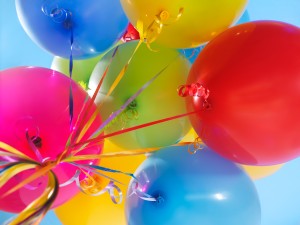 Relations with the team

Imagine a football team where a player’s goal is to show some scouts his outstanding moves. His vision is what he will be able to do as a free agent with the income he makes after a bidding war. He exhibits unsportsmanlike behaviour that sometimes results in penalties against the team, and it is clear to them that his decisions on the field are based on what will be best for him, not for the team. That player would be a major problem for the team, greatly hampering it in many ways.

Team members need to keep in mind that the team accomplishes the mission, not the individual. If it didn’t take a team to get the job done, there wouldn’t be a team – a single person would do it. But as soon as it takes two or more persons to do the work, you have a team. The ministry’s mission provides a common purpose for their work. Its vision establishes a common goal they are working towards. And its values provide the ground rules for how they will work together to get the mission accomplished. Long term success for the ministry will only be possible if all team members are committed to the strategic statements and to the values. One of a leader’s greatest responsibilities is to watch over and protect the integrity of the team.

Team members can and should bring their own personal goals and ambitions to the team, but they must align with those of the team. When they do, everyone wins. Individuals are still important because someone has to get the football into the end zone, but they must work as a team and not as individuals. Team leaders would love to have an all-star team and position everyone where they will be most successful, but team members must always be willing to pass the ball in any particular play if another player has a better opportunity of getting the touchdown. This is why, when hiring, you should ask questions that are designed to test a candidate’s fit with your team. You would not want to hire someone who doesn’t fit your team values or support your mission/vision.

Loving teamship therefore includes the idea of loving the team as a whole, which means respecting the integrity (health and welfare) of the team. The most helpful image of a team is that of a body, which Paul wrote about in 1 Corinthians 12:12-27. Paul uses the body metaphor for two purposes, the first of which is to explain how the spiritual gifts fit together. This aspect of the metaphor is good for illustrating how the parts make up the whole, of how individuals should relate to the team.

A human body’s integrity is maintained first by its internal regulation that the person doesn’t even think about, such as “It’s time for another heartbeat.” It also has internal defense systems that will attack anything that invades and threatens the body’s health. And sometimes something in the body is so sick it cannot be healed and it must be removed.

In a team setting, group norms are the internal regulator that usually keeps people within acceptable bounds of behaviour. Perceptive people joining a new team will quickly see how things work. In a healthy team the group norms match the team’s stated values, but they can often go beyond the values to include procedural matters such as ‘the way things are done around here.’ When someone is out of bounds, a casual word from the wise may suffice, or in more serious cases a disciplinary procedure will be followed. In the most serious cases without any sign of a successful resolution, the leader may have to step in to help someone find an employer whose environment is more conducive to their preferred way of working on a team.

The head gardener at the Daniel Stowe Botanical Garden near Charlotte, NC told my DMin cohort that the definition of a weed is “A flower that is in the wrong place.” In other words, flowers and weeds are differentiated only by their location and the intended look of that location. Weeds are not bad. They are flowers in a place where different flowers are wanted. He said sometimes he removes “weeds” from one location and replants them as “flowers” elsewhere. Similarly, a person is not a bad person because they do not fit with a particular team. They just aren’t what is desireable for that particular team. Elsewhere they could blossom. I have seen this happen several times over my career when a ‘misfit’ moves on and next time you talk with them you hear how well they are enjoying the new environment. Everyone wins when team members are properly located.

Threats to the team

In a team setting, if a team member’s attitudes or behaviours introduce something injurious to the team (e.g., gossip, self-serving actions, discontent), it is the equivalent of a poison or cancer entering a human body. I doubt that anyone intentionally sets out to damage the team, but it happens because people are focused on themselves and not thinking of the consequences of their words or deeds for the team’s health. Loving the team as Christ loves you means you sacrificially put the welfare of the team ahead of your own. If you recognize (or are told) that you are somehow injuring the team, you either make some changes and continue with the team or you remove yourself gracefully and let them hire someone who will be a better fit while you find a team that is a better fit for you. Everyone wins.

In short, always think about what you can do to enhance the performance of the team. And assuming that you want to stay with the team, you should set a professional or personal development goal to eliminate anything you do that detracts from team performance.

Perhaps the harshest thing Jesus said was to Peter, “Get behind me, Satan! You are a stumbling block to me; you do not have in mind the concerns of God, but merely human concerns.” Thinking like Peter would be disastrous for the team of disciples and Jesus had to confront it directly and forcefully. Fortunately Peter learned his lesson and adopted the way of thinking Jesus had designed for his team so that later Jesus could entrust Peter with a leadership role. Likewise, Paul had to put Mark off his team for a while because he did not live up to the team’s standards (he had abandoned the team at one point), but again we see later on that Mark was fully restored to Paul’s team after he and Paul apparently dealt with the issue. At the end of his life, it was Mark who Paul wanted with him because “He is helpful to me in my ministry” (2 Timothy Mark 4:11). Peter and Mark had a future with their respective teams in spite of the difficult problems they had at one time.

So love the team by putting its welfare above your own.

In a future post, we’ll consider how team members love their team leader.