The strategy of intentional accidents

Photo by Julia Zolotova on Unsplash

Everyone knows about penicillin’s accidental discovery, but it wasn’t that accidental, and knowing the real story behind the ‘accident’ will add a great tool to your strategic planning toolbox. The truth is that Alexander Fleming was not an absent-minded, messy researcher but a brilliant strategist with habitual practices that made discoveries more likely. By adopting his practices, you will likewise make it more likely that good things will happen to your ministry!

What really happened in Fleming’s lab 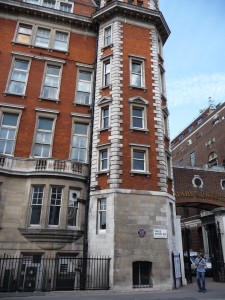 Fleming’s lab fills the tower bay. It is the middle level of the three vertical windows. 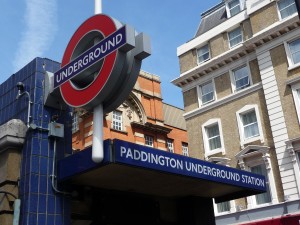 Wikipedia and other sites describe Fleming and his lab as untidy, messy, or cluttered, but if you visit the lab, which is set up exactly as it was in 1928, you will find out that what appears messy and cluttered is just another aspect of his experimental work. (Sorry, no pictures are allowed inside the lab.) The museum guide told me that when Fleming was done with an experiment (the experiment he intended to do), he always left samples of his experiment out for at least several days as an experiment to find something unintended that he obviously wasn’t looking for.

Another practice was to combine things just to see what happens. In 1921 he had a cold, and put some of his nasal mucous in a petri dish and saw that it dissolved the bacteria in the dish. He discovered a natural human antiseptic, lysozyme, which would have guaranteed his place in history even if he had never discovered penicillin!

Practices such as these made it possible for Fleming to be surprised by the unexpected. He was very intentional about creating opportunities for discoveries to be made. If this made his lab untidy or cluttered, so be it.

Furthermore, it wasn’t an accident that he just happened to notice something unusual in a sample. He always inspected the samples very carefully, and this time he noticed a clear spot on the slide where the bacteria that he was experimenting on should have been. The organism had been killed by something on this one part of the slide, and the killer agent turned out to be a mould that he first called mould juice and (wisely) later called penicillin!

The real story is that the discovery of penicillin was not so accidental. Fleming deliberately left the cultures out to allow time for something unexpected to happen. He deliberately inspected the samples to see what, if anything, had developed.  He deliberately followed up an unexpected observation to find an explanation for it. And he deliberately invested time to think about the implications of what he had discovered. Anyone who does what Fleming did is likely to discover something sooner or later.

In summary, Fleming’s method was:

Although I did not realize I was using Fleming’s methods at the time, I discovered the idea for this post following the same principles as Fleming. It was no accident that I stumbled upon the lab that led to the story that inspired this post. Here’s an example of Fleming’s method at work:

Create opportunity to be surprised

Be on the lookout for surprising things

Be curious about the surprises you find

Look for ways to take advantage of the surprises

My ‘accidents’ at CCCC

When I arrived at CCCC in September 2003 I decided to provide leadership that was open to opportunity.  In fact, we would search it out. I decided that we would be willing to shift priorities based on comparing new opportunities with our current action plan. To make this happen, the board and staff were told our action plans were simply default plans that we would follow as long as nothing better came up. Then staff performance review criteria were set based on exhibiting our team values rather than reaching pre-set goals. That way we could be flexible and nimble. Here are a few examples of how that has worked out:

Creating intentional accidents at your ministry

How much do you leave out to see “what might happen”? In what ways do you create opportunity to be surprised? To find opportunity you did not know existed? Do you have an intentional plan to find the unexpected? Some things you could do are:

You can never know in advance, of course, what will be discovered by following a strategy of intentional accidental discoveries, but that’s the fun and amazing part of it! All you know at the start is that discoveries will be more likely because you have put yourself in a place that is conducive to discovery. You won’t believe what good things will happen once you set the ball in motion by stepping outside of your zone. Just watch what develops!

I’m sure I’ve only scratched the surface of how to make accidental discoveries more likely. Please add your own ideas by making a comment.