The quickest way to increase donations to your charity 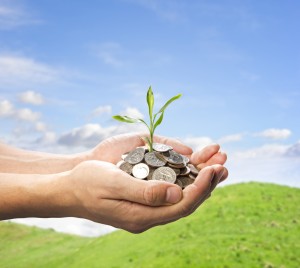 I’m writing a chapter on fundraising accountability and evaluation for a new course to be offered in the fall by CCCC, Advancing Stewardship II, and I’ve discovered some research that could help your ministry right away. I was surprised to find how easy it could be to almost immediately increase your donations! The course will have many fundraising ideas, but here is the quickest way and, as a bonus, a second way that is pretty easy and quick as well.

Linda Parsons, an assistant professor at the George Mason University School of Management, found that providing accountability information results in real value to a charity. After surveying charities and their donors, she reports:

Using a field-based experiment, this study finds that some donors are more likely to respond to a fundraising appeal if it includes positive financial accounting information. Donors who have previously donated to an organization are almost three times as likely to make a charitable contribution if the NFP [not for profit] directly provides them with summary financial reports (instead of expecting the donors to incur the costs to obtain the information themselves)… This field-based experiment demonstrates that summary financial information can directly affect contributions from individuals. (I added the emphasis.) (1)

Parson’s research is backed up by other research done by Penelope Burk, who found that 46 percent of donors who were asked, “Why do you stop giving?” responded that they would stop giving to a charity they once supported for reasons that are tied to insufficient or poor quality information concerning their gifts at work.(2)

What’s even better is that a 2001 Wise Giving Alliance survey of 2,003 adult Americans found that 50% of donors prefer to get accountability reports from charities directly.(3) This means that they want to hear directly from you, giving you the chance to determine how the information is presented and interpreted!

These research reports all suggest that the donors who are most likely to be positively affected by accountability reports are the same ones who are already supporting your ministry. This is an easy group to reach, and they are already sold on supporting your ministry, so the quickest way to increase donations may be to focus on your current givers and give them the accountability information they want. In return, they will likely increase their support.

What donors want in accountability reports

Stephanie Williams surveyed 2,000 donors not too long ago to determine what accountability information donors wanted and found that the answer depends on how old they are:

The main points of her report are:

Notwithstanding the differences about what information various age groups want most, it’s just a matter of different priorities. Boomers care firstly about efficiency and secondly about outcomes, while young adults put their priority on outcomes first and then on efficiency. You need to provide both pieces of information.

Thus efficiency and effectiveness (outcomes) are the key information that donors want.

Another quick way to raise money: Certification by a Third Party

Given that Williams reports 86% of donors want the charities they support to be monitored by an outside agency, you should consider certification seriously. But is certification with a monitoring agency worth the investment? You bet!

Margaret Sloan has researched the effect that ratings by an external accountability program has on donor behaviour.(4) She studied 683 charities in New York state that had been reviewed by the BBB/Wise Giving Alliance against its standards. She compared the fundraising success of those that had a pass rating and those that did not. Sloan reports that Wise Giving Alliance ‘pass’ ratings have a statistically significant effect on the contributions received; however, ‘did not pass’ ratings are nonsignificant. She found that for every $1,000 of total revenue, a pass rating would add a further $71. The average total impact of a pass rating was $75,000. The fact that negative ratings (or insufficient information to assess a rating) had no negative impact on the charities was attributed to several factors:

Thus the upside of participating in a certification program is about $75,000 on average, and there is virtually no downside. Given the  minimal cost of participating in a program such as CCCC offers, the  Seal of Accountability, it is a no-brainer as long as the charity is willing to abide by the standards.

(1) This quote is from The Impact of Financial Information and Voluntary Disclosures on Contributions to Not-for-profit Organizations: A Field-based Experiment. Available at SSRN: http://ssrn.com/abstract=406760 or http://dx.doi.org/10.2139/ssrn.406760).

(3) Reported by Margaret Sloan in “The Effects of Nonprofit Accountability Rating on Donor Behavior,” published in the April 2009 issue of Nonprofit and Voluntary Sector Quarterly.

(4) The Effects of Nonprofit Accountability Rating on Donor Behavior. Published in the April 2009 issue of Nonprofit and Voluntary Sector Quarterly.