The Art of Neighboring 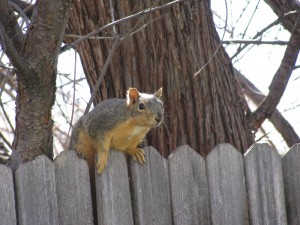 “Who is my neighbour?” Used with permission

Are you so engaged with family, church and ministry work that you don’t actually mingle much with people outside your Christian circles? Ministry workers risk living in a bubble of faith that limits their personal influence outside of work. This post will help you expand your influence.

Since entering full-time ministry, my world has both vastly expanded (within Christian circles) and shrunk (outside of Christian circles). I’ve been feeling for a while that I need to build relationships that are not based on shared faith.

At the same time, I’ve had concerns that many Christians have delegated Christian witness to their churches and are not acting as the church in their own personal capacities. When your church runs a special community event, is it as effective at reaching people as we could be individually drawing on long term relationships within our own neighbourhoods?

I’ve just finished a really inspiring book that shows how easy it is to build a true neighbourhood community. (It’s a sign of the times that there is a need for a book on how to be a good neighbour!)

The attraction of neighbouring well

Most people hanker for the time when neighbourhoods were collections of people who really lived in community, as opposed to impersonal collections of houses. My wife observes that it used to be the wives who were the glue in the neighbourhood, but they’re working now. Today, everyone comes home and is either cocooning or busy with activities. Our relationships are based on things we do rather than where we live. But it seems strange not to have authentic relationships with the people who live closest to us.

The art of neighbouring well

The Art of Neighboring: Building Genuine Relationships Right Outside Your Door

presents a realistic way for even the shyest person to build new friendships with their neighbours. It has a very practical, un-intimidating, and realistic process to get to know your neighbours.   I love that the authors are not suggesting a new church program, but a natural process that is organic and moves naturally at its own pace. Nothing is forced or contrived. It’s just straight-up good-neighbourliness. Although you follow the process individually, if others do the same thing in their neighbourhoods, the collective impact can be quite significant.

The idea is simple

The authors, Jay Pathak and Dave Runyon, have a very simple two-step plan:

That’s it. The goal is to get to know a lot more about your neighbours as you build community and begin walking through life together with them.

At this point, you are fulfilling Jesus’ command to love our neighbours. That’s a worthy thing to do in and of itself. However, it also opens the door for you to share the Gospel when appropriate. As relationships are built, they become deeper and people start sharing the real issues in their lives, their hopes, their dreams and their pains. And you have a chance to respond with the love of Jesus.

I’m thinking of having a series of more intimate dinners before throwing a block party. That suits my personality more. I prefer to meet fewer people at a time and get to know them better. A big party comes later. I can see some natural small groups within the families on my block who would probably like to know each other better: families with young children, empty-nesters, and single person homes.

The book has inspired me to stop thinking about getting to know my neighbours some day and actually get some invitations in the works.

The suggestions are practical

The rest of the book deals with issues you may not have thought about. Pathak and Runyon help clear away the barriers to community: insufficient time for social life and fears of what might happen if you got more engaged. Fears like rejection or getting sucked into someone’s misery that you’d rather not know about. They discuss taking baby steps to avoid overwhelming yourself and setting boundaries for your own protection. They talk about ulterior and ultimate motives, and the attitudes that will keep you from manipulating people. It’s also important that people never feel like they are a project of yours, so they have some tips on how to build balanced relationships between equal parties. One way is to learn how to graciously receive from other people. In other words, it’s not just about you serving them, but them serving you.

If you’d like some practical help in expanding your circle of influence, I highly recommend The Art of Neighboring.

“Book has been provided courtesy of Graf-Martin Communications, Inc. Available now at your favourite bookseller.”

Thoughts on The Art of Neighboring