Dietrich Bonhoeffer – a great role model. I took this picture at Westminster Abbey. 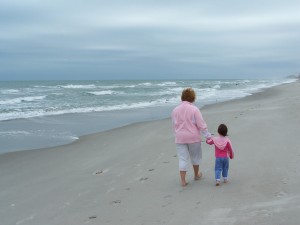 An anonymous mom – a great mentor.
Used with permission.

My daughter Jessica is a missionary in Bangkok and has her own blog A Journey of Becoming. She wrote a post on role models and mentors that I think is quite good. Since I haven’t written about this topic, and she said it so well, here is my very first guest post, with some additional comments about role models by me at the end. Enjoy!

I’ll preface this by admitting that some of this is just a matter of semantics, but I hope you’ll “go there” with me, as regardless of the words used, the idea behind them is what I’ve been thinking about lately.

I was asked a question the other day about role models, mentors and the part they play in helping to guide and shape young people today. In mulling that one over, I got to thinking about the difference between the two.

A role model is someone who is looked up to, that sets an example for someone else to follow.

A mentor is someone with more experience that helps and invests in the life of a specific person.

But I’m starting to think the emphasis on role models might just be misplaced, and maybe even a big problem. The thing about role models is that they are almost always detached from those who are looking up to them. Role models live their lives however they want to (though hopefully with an effort to be “upstanding”), and while they may wax eloquent about the responsibility and burden they are under (as some celebrities seem so fond of doing), there really isn’t any personal investment on their part.

Similarly, when people look up to a role model, they are left to glean whatever lessons they want, and they are, perhaps more importantly, left to implement those lessons however they want. There are no checks and balances in place, no one making sure that people are making the right connections and actually growing and bettering themselves.

This is a really dangerous situation. You have role models doing whatever they want with their lives with no concept of how people are receiving and responding to them, and you have people taking whatever lessons they want to from their role models and applying them however they see fit.

In contrast, a mentor is an individual who actively cares about and invests in the life of another individual. There is a trust formed, and a commitment to a long-term relationship explicitly for the purpose of seeing personal growth. There is the expectation that the mentor will hold the protégé accountable, and the expectation that the protégé will be motivated and hold himself accountable, as well.

Under the guidance of a mentor, individuals not only have someone to “look up to,” but also someone to offer guidance, feedback, and a different point of view. There is someone who will not only check in on their progress to see that those things are being implemented correctly and challenge their assumptions and choices, but someone who actually deeply cares about the outcome.

I’m sure most of us could identify a role model or two in our lives, but how many of us have a mentor? If you don’t have one, it’s certainly something to think about!

Similarly, how often do we remind ourselves to “be a good role model” when perhaps what we should be doing is finding someone to mentor and invest in?

As a final note, there is a lot of emphasis in the Christian world on Jesus as role model. Now, I know I just “bashed” the concept of role model, but I think Jesus, being perfect and all, is one Person who can actually set a consistently good example for the rest of us. And what I think is most interesting is that even God Himself knows that a role model is not enough. That’s why God gave us a Mentor, the Holy Spirit.

The Bible is very clear that the Holy Spirit was sent to play the role of mentor in our lives. In John 16, Jesus tells us:

8-11″When [the Holy Spirit] comes, he’ll expose the error of the godless world’s view of sin, righteousness, and judgment: He’ll show them that their refusal to believe in me is their basic sin; that righteousness comes from above, where I am with the Father, out of their sight and control; that judgment takes place as the ruler of this godless world is brought to trial and convicted.

12-13″I still have many things to tell you, but you can’t handle them now. But when the Friend comes, the Spirit of the Truth, he will take you by the hand and guide you into all the truth there is. He won’t draw attention to himself, but will make sense out of what is about to happen and, indeed, out of all that I have done and said…”[emphasis mine]

Is there any more beautiful picture of true mentorship? In our moments of frustration that we cannot possibly live up to the Great Role Model’s example, we can take comfort and even rejoice in the fact that the Great Mentor is with us, ready to “take [us] by the hand and guide” us in our journey. However, if we neglect the mentorship relationship with the Holy Spirit, we miss out on a huge foundational aspect of both our relationship with God, and living out the fullness of life God planned for us because it was His plan all along to send the Holy Spirit, too, not just Jesus.

So, when we are not sure what to do next or how to think about something, we should not only look to Jesus as an example, but we should also remember that the Holy Spirit is right there with us, fully invested in seeing us do it right, and have confidence that if we simply ask for His guidance and are open to being mentored, He will engage us.

Thank you, Jessica! I have never, ever heard or read anything that uses the role model/mentor language with the Second and Third persons of the Trinity. Marvelous to ponder and very encouraging!