The plank in our own eye 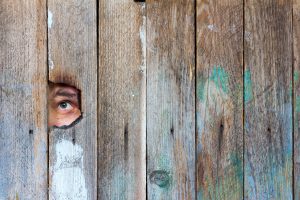 Jesus said that we need to look at the sin in our own lives rather than look to the sin in others. We used to do this well, because as David Smith notes in his blog, the majority of letters found in the New Testament are in-house discussions with the saints of the church about their bad behaviours! Smith says we’re not so good today at that kind of discussion, but we’re very good at tossing bombs over the fence at our neighbours.

So let’s take a look at sin within the Evangelical community and what we need to do about it. We tend to think of sin mostly in terms of behaviours such as lying, stealing, and such. But if we think of sin from a biblical standpoint, which adds other dimensions that we might easily gloss over or excuse, well… let’s just say that I find the broader concept of sin pretty challenging, so I’m talking as much to myself as I am to you.

Paul explicitly told the Corinthians to stop judging the people outside the church entirely. We should only judge those inside the church, who know better.

We should each start with a personal self-examination. We need to do this scrutiny because as individuals we can undermine the public witness of our churches and ministries. You don’t want people saying, “So THAT’S what people who go to that church are like!”

Authors Barr and Citlau raise the issue of public witness in their book, Compassion Without Compromise

, and question why non-Christians should take Jesus seriously given that even Christians don’t seem to do so when it comes to personal morality and following Jesus’ commands. Ezekiel 16:49-50 lists some sins you and I might judge ourselves against:

Can you imagine checking out a church filled with people committing these sins? Who would want to come back a second time?

Who’s in your church?

Next, we should look to our local church communities and see if we are doing anything as a group that might drive people away from our church.

Andy Stanley writes about the messiness that happens as we engage our culture.1 When we try to eliminate all the grey areas to make a very clear line of distinction between what is acceptable and what isn’t, we end up with a caricature of what Christ intended his church to be. My own thinking is that when we make decisions about what makes a person comfortable enough for us to sit beside in a worship service, we are being just as exclusive and judgmental as the Pharisees were, and Jesus had very harsh words for them!

Think about the people Jesus surrounded himself with. Matthew recorded the time Jesus came to his house to eat, and Jesus raised complaints from the Pharisees because he attracted the despised tax collectors and sinners to his house. Would today’s “tax collectors and sinners” (those who are despised or marginalized) be attracted to our churches the way they were to Jesus?

So look at your Sunday morning congregation and ask, “Are we attracting tax collectors and sinners like Jesus did? If we haven’t got people like that in our congregations, shouldn’t we wonder why not? Could it be that our public behaviour is turning people away from our churches before they even reach our doors? Is our public behaviour preventing them from hearing the Good News of Jesus Christ? For us to truly be witnesses to the ends of the earth, we must be witnesses to everybody whether we’re comfortable with them or not. In fact, we must make ourselves comfortable with them or they will see the gospel of reconciliation as just another insincere idea that doesn’t deliver on its promise.

The plank in our eye

When we examine ourselves for sin, go beyond obvious sins and take a holistic view of what constitutes sin. Ron Sider, in The Future of Our Faith

Sider says Evangelicals have reduced the Good News to an individualistic forgiveness of sins, which doesn’t come close to doing justice to Jesus’ self-declared mission of announcing the in-breaking of the kingdom of God and all that the kingdom means in terms of justice for all. We need to pay more attention to the many passages about corporate sins, two of which are:

By buying in to the prevailing North American ideology of personal responsibility we tend to blame people for their misfortunes, assuming that they are reaping the consequences of their own poor decisions and habits. “It’s their own fault” we might say. “Why should I help them?” That simplistic analysis overlooks the fact that society is structured in such a way that it is very difficult for the poor and needy, the addicted and others, to get out of their downward spiral. And even if it is their own fault, does that mean we shouldn’t have compassion and help restore them to the life which God intended for them?

The Mainline church and the more liberal wing of the Evangelical church understand the broader social issues and call it social justice. But while many in the conservative wing of the church are okay with giving out meals and backpacks (let’s call that kind of help practical social justice for individuals), we are very reluctant to challenge social structures and practices which reinforce social inequity and injustice. It’s too left wing for conservative tastes. But we have to ask, what do we mean by conservative? Are we talking politics or theology? We must not ever fall into the trap of equating the two!

By avoiding the more abstract social justice issues (which we can refer to as systemic social justice for communities), we have in effect become callous towards the suffering of people whom God loves and wants to redeem.2 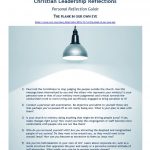 Everyone has blind spots. Entire communities can have blind spots too, because everyone in them shares the same cultural perspective and norms. In particular, we Evangelicals have our blind spots. We understand individual greed but we overlook rampant consumerism because it is so pervasive and is simply the unquestioned way the world works. We don’t realize how much secular society has ingrained itself into our attitudes and beliefs.

In Return to Justice: Six Movements That Reignited Our Contemporary Evangelical Conscience

, authors Rah and Vanderpol suggest that the only way to discover our blind spots is:

to hear from believers from different cultural and class contexts because they notice things we don’t. We have often so habituated ourselves to our cultural environment and the compromises the church has made in regard to the status quo that we are like fish swimming in water without realizing that they are wet.

Any self-examination should include Christians from other parts of the world and from different strata in our own society.

When we find a blind spot in which we have compromised our faith, we need to call it for what it is and repent, which means we really must change our ways. In Return to Justice, the story is told of World Vision confronting its own way of defining the poor in terms of what they lack. They realized this definition did not live up to a biblical view of humanity. They repented of their way of defining poverty and developed one that is biblically-theologically correct: the poor are now defined as fully capable and worthy to be listened to and partnered with.

Rah and Vanderpol’s Return to Justice is an excellent prophetic word to the North American church. We can follow along and learn from the stories of six ministries and movements as they move from one understanding of how to promote justice and mercy to another. We see them mature in their understanding of the systemic issues which, if not addressed, will mean that the traditional handouts will always be necessary. It reminds me of the old aphorism “Give a man a fish and you feed him for a day. Teach a man to fish and you feed him forever.” Return to Justice covers topics such as:

Getting past our sins

Some self-reflection among Evangelicals has already started in the United States, and could at least be a starting point for Canadian Evangelicals. An Evangelical Manifesto was issued in Washington in 2008. It isn’t perfect, and it has been critiqued by Albert Mohler, Richard John Neuhaus, and Roger Olson (part 1) and (part 2). Nevertheless, it is an important document to spark creative self-reflection.

The Evangelical Manifesto reports that some of the sins we need to repent of are:

Canadian Evangelicals need to examine ourselves and humbly confess our own sins and weaknesses to Christ and ask for his forgiveness. We also need to seek forgiveness from each other and from the outsider communities whom we’ve hurt by starting with some sincere apologies. We must:

We’ve come through a sea of change since the mid-twentieth century and now that we have some distance from the traumatic changes, we should be able to objectively and dispassionately assess where we are, make things right, and then move on – unencumbered by the past and with God’s blessing.

Key Thought: We need to get our own house in order if we want credibility outside the church.

“The book, Return to Justice has been provided courtesy of Graf-Martin Communications, Inc. Available now at your favourite bookseller.”

Thoughts on The plank in our own eye