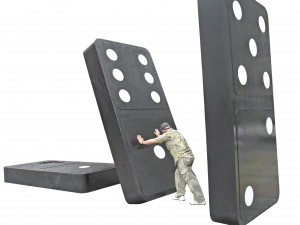 As a ministry leader, your spiritual life is inextricably linked to the health of the ministry you lead. We see this demonstrated over and over again in both Testaments, often in terms of the shepherd-leader metaphor. For example, the negative consequences are outlined in Jeremiah:

There really are public consequences for what a leader may regard as their private, personal spirituality!

Just think about the churches that have withered after a pastor’s moral failure, or the good and faithful people who lost their jobs when agency leaders lost their integrity and the ministry lost donor support.

The Lord’s expectation of a leader

As Joshua stepped into leadership, the Lord made the key to successful leadership very clear to him. Joshua was to carefully follow all God’s law, turning “not from it to the right hand or to the left, that you may have good success wherever you go” (Jos 1:7).

In the next verse, the Lord tells Joshua the spiritual practices that will equip him to follow the law:

“This book of the law shall not depart out of your mouth, but you shall meditate on it day and night, that you may be careful to do according to all that is written in it, for then you shall make your way prosperous, and then you shall have good success” (v.8).

So important and foundational is God’s law (or God’s ways), that Deuteronomy 17:18-20 contains this command for those who would lead his people:

“When he sits on the throne of his kingdom, he shall write for himself a copy of this law on a scroll in the presence of the Levitical priests. It shall be with him and he shall read it all the days of his life, that he may learn to fear the LORD his God, by carefully observing all the words of this law and these statutes, that his heart may not be lifted up above his countrymen and that he may not turn aside from the commandment, to the right or the left, so that he and his sons may continue long in his kingdom in the midst of Israel.”

A conditional ‘right to lead’

I think it is significant that when the people of Israel affirmed their acceptance of Joshua’s leadership, they replied “Just as we obeyed Moses in all things, so we will obey you; only may the Lord your God be with you, as he was with Moses!” (Jos 1:17). One commentator says that the last part of this verse is more a condition of their allegiance than a prayer. It was as if they said, “We will follow your leading so long as there is evidence that you are being led by God!” What legitimates a person as a Christian leader is that the person is following God’s leadership. The Israelites made the important point that God is the ultimate leader, not the human being who is his earthly representative.

The landscape of Christian leadership over the millennia has been littered with people who wanted to lead but who did not follow God. The result was lasting damage to the credibility of the church and a rejection of Christianity by people who need Christ. Much has been done in the name of Christ that had nothing to do with Christ. Lord  Acton said “Power tends to corrupt, and absolute power corrupts absolutely.” Some Christian leaders have claimed to lead by divine right, interpreting that as an unconditional appointment to leadership, and believe they can then do whatever they want without oversight by any human (now that’s absolute power!). The people of Israel apparently put a check on Joshua’s divine appointment to leadership that I think is quite healthy. I believe God has placed me in my leadership role,* so yes, there was a divine appointment. But that divine appointment still leaves me subject to the checks and balances provided by the Christian community, who have the right to test if my ministry leadership is godly (1 Thess 5:21, 1 John 4:1). Saul was divinely appointed as king of Israel, but he lost his right to lead as he usurped the spiritual authority that properly belonged to the prophet-priest Samuel. Saul’s personal spirituality eventually negated his call to leadership.

Many leaders start out in a close relationship with God and are Spirit-led, but some will start to think they are more responsible for their leadership success than God is. God warned the Israelites about this attitude when he said in Deuteronomy 18:17-18, “You may say in your heart, ‘My power and the strength of my hand made me this wealth.’ But you shall remember the LORD your God, for it is He who is giving you power to make wealth.” A good start does not guarantee a good end. Remember what got you started, and stay with it. I followed God to get into my leadership role and my success as a ministry leader will be no better than my success in continuing to follow God. My personal spiritual life is incredibly important to the ministry I lead.

So, to provide good Christian leadership:

* I also believe that every person working for a Christian ministry has been divinely called. Both leader and staff are called by God, but given different responsibilities. This assumes there is a good discernment process in place to authenticate a call to ministry.