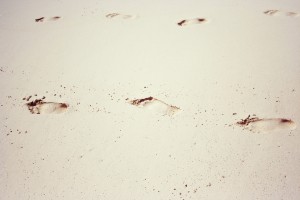 My friend Marvin Brubacher invited me to teach a class at Heritage Seminary about the practical aspects of leading a ministry. At the end, he asked, “John, what one final thing do you want to tell these ministry leaders? The one piece of advice they must hear?” Without a moment’s hesitation, I said “Never, ever lose your intimacy with God! There is always so much to do in leadership, but don’t ever let the busyness of leadership interfere with your personal communion with the Lord.”

With his army fleeing, King Saul felt as leader that he needed to do something. He needed to make a sacrifice to God. The prophet Samuel scheduled a sacrifice, but when it appeared Samuel wasn’t coming, Saul offered the sacrifice himself. Just as he was finishing, Samuel arrived. “You have done a foolish thing,” Samuel said. “You have not kept the command the LORD your God gave you; if you had, he would have established your kingdom over Israel for all time. But now your kingdom will not endure; the LORD has sought out a man after his own heart and appointed him ruler of his people, because you have not kept the LORD’s command”
(1 Samuel 13:13-14).

This is the danger of letting your personal spiritual life with God coast along, of not giving it top priority over everything else. Saul wanted to do a good thing (seek the LORD’s favour), but he was doing it the wrong way – the king was no priest and had no right to offer the sacrifice. Had he been intimate with the LORD he would have known what to do and what not do. The fact is, I have no right to lead anything that is done in the name of Christ if I am not being directed by Christ!

I serve CCCC in the power of the Holy Spirit and in the name of Christ to accomplish the portion of God’s mission that our ministry works on. I’m sure you do the same for your ministry. And while I expect all the staff at CCCC to do exactly the same too, I am quite aware of the higher standard of accountability that leaders have for their obedience to God. The prophets have a lot to say about this!

I do my best to practice what I preach, and I have left a ministry leadership role when it became clear I would be doing it in my own strength and power. During my first two years at CCCC, I was also pastor of a small church that had suffered a lot of discouragement and the District wanted me to do four things there as its (part-time) pastor. I loved providing pastoral care for people and I had no lack of vision for what I as their pastor was to do for them. But near the end of my second year, I was praying about which of several priorities should be the focus of my preaching for the next year when the Lord told me my time there was up. I was shocked to say the least! I wanted to stay and I told the Lord so. His response was sobering. “John, you have done everything I wanted you to do there. Well done! I am pleased. You can stay if you want, but from now on you will be on your own.” Oh my goodness! Pastor a church without the Holy Spirit? I couldn’t even begin to imagine that. God obviously had someone else in mind for whatever would come next for this church, and I dared not get in the way. I resigned and helped them link up with a nearby church that provided a pastor.

The blessings of Divine intimacy

The positive consequences of being intimate with the Triune God include:

The first act of leadership is to be intimate with God all the time. I’ve written a few suggestions in another post about how to maintain intimacy with God, and in yet another post I wrote about how to hold a personal spiritual retreat.

May you truly be able to say with Paul, “But we have the mind of Christ” (2 Corinthians 2:16)  Blessings!