A taste of Thailand

I’m heading to the airport in about an hour to leave for India, after a great eight days in Thailand. 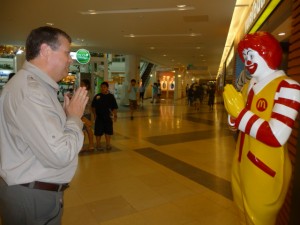 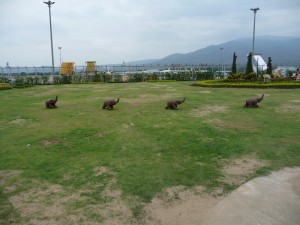 Elephants are very special in Thailand 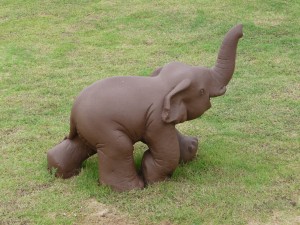 This guy is just way too cute! 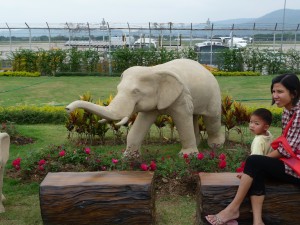 Is this Mom or Dad? 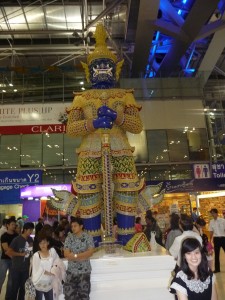 A god at the Bangkok airport 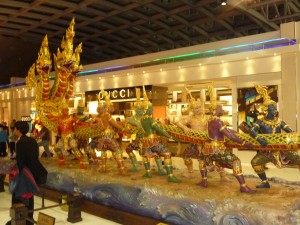 Figures at the Bangkok airport

I got in Friday night a week ago and stayed with my daughter Jessica over the weekend in Bangkok. 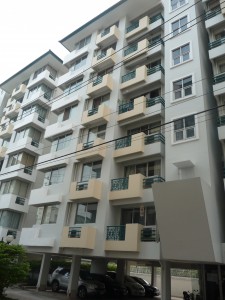 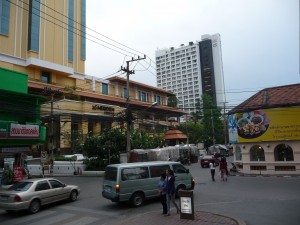 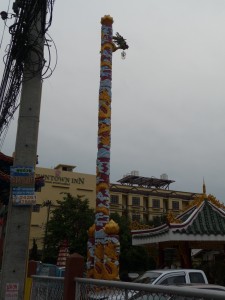 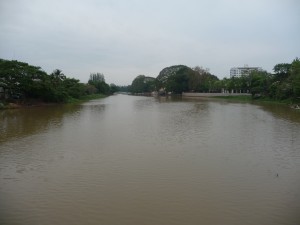 The river in Chiang Mai 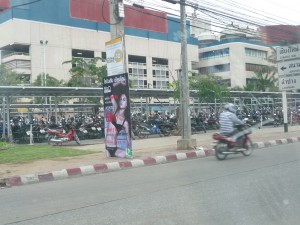 Look at all the bikes! 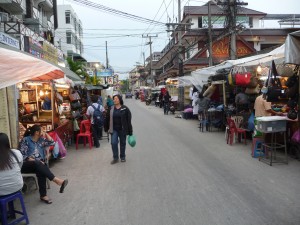 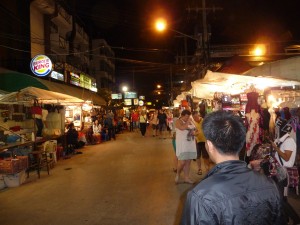 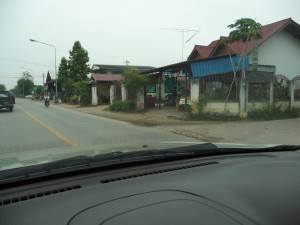 and then flew back to Bangkok on Wednesday, staying with Jessica again. I saw Peter McIntosh, Asia director for the Pentecostal Assemblies of Canada and got a denominational perspective on overseas missions. I was going to meet with a missionary family but there was illness in the family and that meeting fell through. I spent Thursday and Friday in the classroom with Jessica, and did a talk about Canada to all the grade four students. Because of my fiasco getting a visa that I needed, I did not yet have my Indian visa, so I went to the Indian visa office Monday morning and picked it up Friday night. It was close, but my sabbatical plans continue to unfold as planned and I’m all set for Kolkata and Delhi.

Here are some observations about Thailand:

Thailand is a lovely country and well worth seeing. Just be sure to have a guide.