Photo by Johen Redman on Unsplash

Last week I published a top ten list for the most popular posts based on pageviews, so readers selected those.

Now I’d like to share what I consider the ten most significant posts I’ve written. They represent the very best advice that I can give to a Christian ministry leader. There are four posts not included here because they were included in the Top Ten list from last week. They are:

These are the posts (in my order of importance) that, more than anything else I could say, will help you be the best Christian leader you can be. May you hear some day the Master say to you, “Well done, good and faithful servant!”

#1: A leader’s intimacy with God 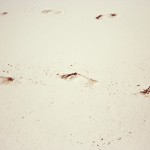 My friend Marvin Brubacher invited me to teach a class at Heritage Seminary for pastors about the practical aspects of leading a ministry.  At the end, he asked, “John, what one final thing do you want to tell these ministry leaders?  The one piece of advice they must hear?”  Without a moment’s hesitation, I said “Never, ever lose your intimacy with God!  There is always so much to do in leadership, but don’t ever let the busyness of leadership interfere with your personal communion with the Lord.” 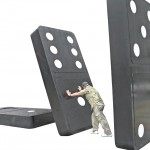 Used with permission
thanks to Sam Leaven.

As a ministry leader, your spiritual life is inextricably linked to the health of the ministry you lead.  We see this demonstrated over and over again in both Testaments, often in terms of the shepherd-leader metaphor.  For example, the negative consequences are outlined in Jeremiah:

There really are public consequences for what a leader may regard as their private, personal spirituality! 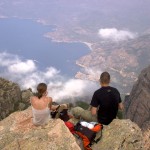 “It’s lonely at the top” is true only if you want it to be.  It doesn’t have to be that way, but when there is no one a leader feels comfortable discussing the really challenging issues with, it truly is lonely.  In that case, it seems inevitable that some day either a challenge or the person’s own blindness to a situation will trip the leader up.

When ministry leaders come and go in just a few years, I wonder how connected they were with other people.  Could they have had greater longevity and success by being vulnerable and discussing these issues with someone else?

If you are finding leadership a lonely experience, here are some people who can keep you company.

#4: The dark side of leadership 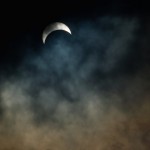 As I wrote Early warning signs for Loss of Integrity, I thought someone should write about what we can learn from Christian leaders who fail. Not just moral failure, but anything that sabotages their ability to lead. About a year ago I discovered that someone has done just that! Gary McIntosh and Samuel Rima wrote a book to show how to avoid the failures that can cost you your ministry. They used several prominent Christian leadership failures as illustrations in Overcoming the Dark Side of Leadership: How to Become an Effective Leader by Confronting Potential Failures.

Their thesis is that the traits that enabled you to become a leader are the same traits that can be your downfall.

#5: The impediments to finishing well 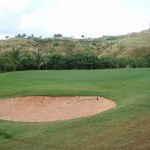 Used with permission
thanks to Aron Kremer.

Here’s a really quick post — a paragraph that leapt off the page while I was preparing another post.

The authors of The Ascent of a Leader report some striking research that is a reality check for leaders who become complacent about their leadership. I’ve added my own two cents’ worth in italics and included links to posts I’ve written on the topics. Here’s the paragraph:

“After having conducted extensive research, Dr. J. Robert Clinton, professor of leadership at Fuller Theological Seminary, believes that more than 70 percent of leaders do not finish well. He bases this startling statistic on six criteria, gleaned from common traits among leaders who do not finish well according to their self-analysis, the analysis of their peers and followers, or the teachings of their professed religion.

#6: Strategic planning and the Holy Spirit 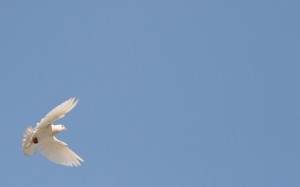 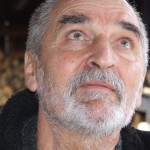 The gist of Pastor Manoonsak’s sermon at Jai Samarn church in Bangkok was that when people ask why God doesn’t speak to them they are asking the wrong question. The real question is, “Why am I not listening when God is speaking?” No friendship will last long if one party is always talking and asking for things and never gives the other person a chance to get a word in edgewise and share what he or she wants to talk about. God wants his proper share of time to speak with you, and every believer should be able to hear what he has to say. But if you are leading one of his ministries, it is even more critical that you hear from God because you are responsible for stewarding the people and resources God has given your ministry. 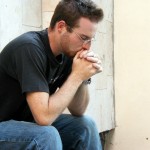 Do you ever stop to think that some day you and your staff will be together in heaven and you will have no power or authority over them?  They will not be obligated to you, in fear of you, or in any way bound to you as a leader.  Does that have implications for how you lead your staff now?  It should!

In God’s kingdom, we know from Galatians 3:28 that, “There is neither Jew nor Gentile, neither slave nor free, nor is there male and female, for you are all one in Christ Jesus.”  Gender, ethnicity and power will not be divisive factors in heaven.  My race, education, gender and any other human attribute I have will not give me any right to assert power or authority over anyone else.  We will all stand before God as equals, the only variation in our position being whatever rewards we receive for faithfulness while living here on earth.  That’s the way it is in the kingdom of heaven.   That’s the way it is when God rules, when his will is done.

Given that, I find it an awesome thing to pray, “Thy will be done, on earth as it is in heaven” because I can just imagine God’s natural first response to my prayer being, “Well, John, let’s start with you.  How well are you doing my will?  Does the workplace over which you rule look like the kingdom over which I rule?”  Oops!

#9: Of kings and prophets: Ministry leaders and their critics 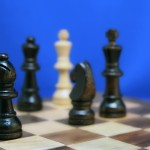 Ever get discouraged when ministry leaders don’t live up to your expectations of Christian behaviour? As an observer, how do you deal with that?

The ideal believer lives a Christlike life manifesting the fruit of the Spirit. Unfortunately, everyone is on a journey toward that ideal. We all fall short and we always will until God finishes perfecting us. Until then, we have to deal with imperfect people. That’s the really hard part of life for those of us who are already perfect! (Just kidding!!!)

But should we expect more from ministry leaders than from the average person? Yes, but they still won’t be perfect. 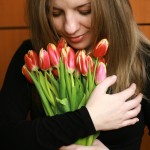 Do you remember being the new person in your job, coming in with all those wonderful ideas about what needed to be done?  When I came to CCCC, everybody kept asking me what my first 90-day plan was, and frankly, I didn’t have one.  I knew very little about CCCC but I knew it helped churches and I knew God had called me to CCCC to serve the broader church.  So in my first 90 days, I didn’t do anything but observe, listen and ask questions.  And then I knew what needed to be done.

By the time I had been in my role for four years, I knew that CCCC was entering another phase in its development.  The low-hanging fruit had been picked and it was time to reach for the fruit that would be much harder to get.  Now that I was an insider, not an outsider, could I still generate fresh, creative vision and ideas for CCCC?

That’s the question that every leader faces, “Am I the one to lead this organization through the next phase of its life?”

My prayer for you, as always, is that you will stay close to God, sensitive to his Spirit, and faithful in your leadership.